Innovations can spread through direct exposure to an intervention or indirectly through other pathways such as mass media. Messages may thus be shared and discussed outside a specific intervention area or through social influence and social learning (Montgomery and Casterline, 1996; Kohler et al., 2001). This spread of interventions beyond their original target area is often discussed in terms of diffusion of programs or innovations (Dearing, 2009). Diffusion is rarely studied because of a lack of data available for areas outside of the program target areas. In a recently published paper (Guilkey et al., 2020), we examine diffusion of the Nigerian Urban Reproductive Health Initiative (NURHI) to areas outside the target cities.

NURHI was funded by the Bill & Melinda Gates Foundation to increase modern contraceptive use in six major urban areas of Nigeria using intervention activities designed to change demand for family planning (mass media and social mobilization), improve service delivery (training of providers and provision of a full range of methods), and attract additional funding and stakeholder support for family planning programming (Krenn et al., 2014). At the time of NURHI launch, it was hoped that activities in the major urban areas would diffuse or spread beyond the target areas, but no specific plan was undertaken to measure this diffusion.

This study provides a unique opportunity to measure the influence of indirect pathways – such as diffusion of ideas or information through, for example, interactions at the interpersonal level or through mass communication – on modern contraceptive use. This study uses representative data from two Nigerian states (Kaduna and Oyo) that surround two NURHI program cities (Kaduna and Ibadan) to study diffusion of program activities to rural areas and other urban areas in each target state.

The NURHI program, implemented in 6 cities in Nigeria from 2011-2015, focused on changing norms, ideational factors and behavior through implementation of a diverse set of demand-side program activities (Krenn et al., 2014) aiming to increase modern contraceptive use in the six cities. Modern contraception includes female sterilization, implants, intrauterine devices (IUD), injectables, oral contraceptive pills, emergency contraception, male or female condoms, and lactational amenorrhea (LAM). We measured the association of women’s use of modern contraception with exposure to four components of the NURHI program in cross-sectional models with socioeconomic control variables that included age, education, wealth, and religion among other factors. The four program components were exposure to NURHI family planning messages on the radio, exposure to NURHI-supported programs or advertisements on television, having seen the NURHI badge worn by a service provider, and exposure to NURHI-initiated outreach events that included an outreach worker talking about family planning at life events (e.g., weddings, naming ceremonies, graduations, freedom ceremonies, and Christmas/Eid).

Figure 1 shows the estimated average marginal effects for these models separately for rural areas and other urban areas, that is, the increase in the proportion of women who would use modern contraception if they went from no exposure to a program component to exposure.

In the model for rural areas, exposure to NURHI radio programming and NURHI outreach were positive and significant while only exposure to the NURHI badge had a significant positive effect in other urban areas. Thus, there appears to be evidence of diffusion through the mass communication diffusion channel, although for only a few aspects of the NURHI program. 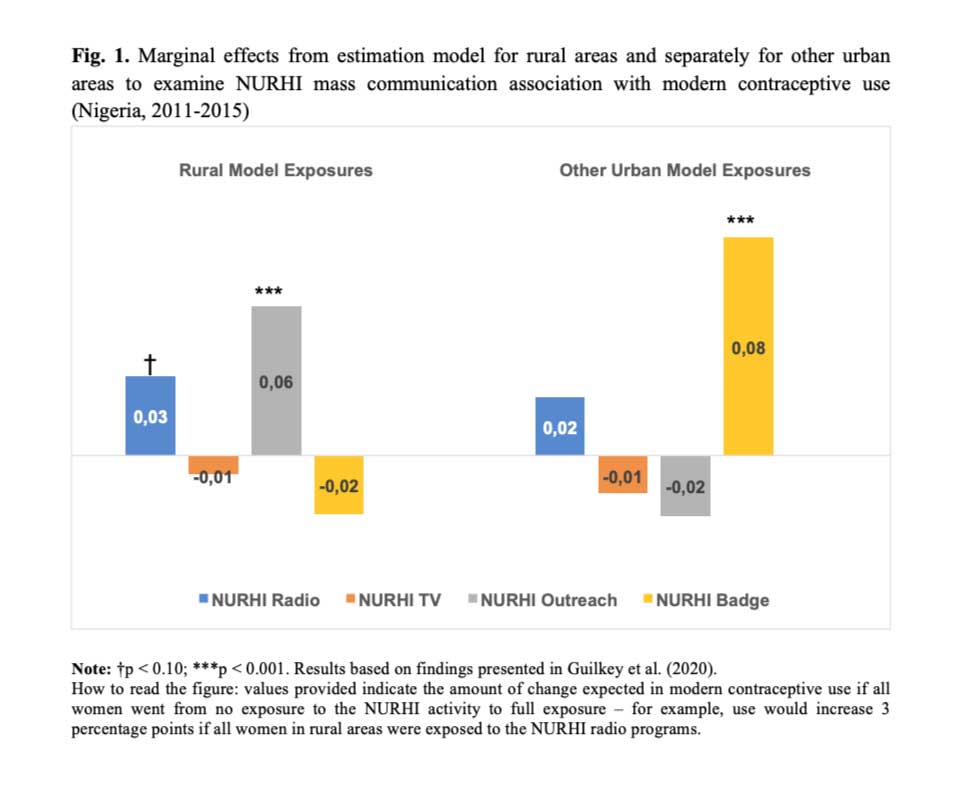 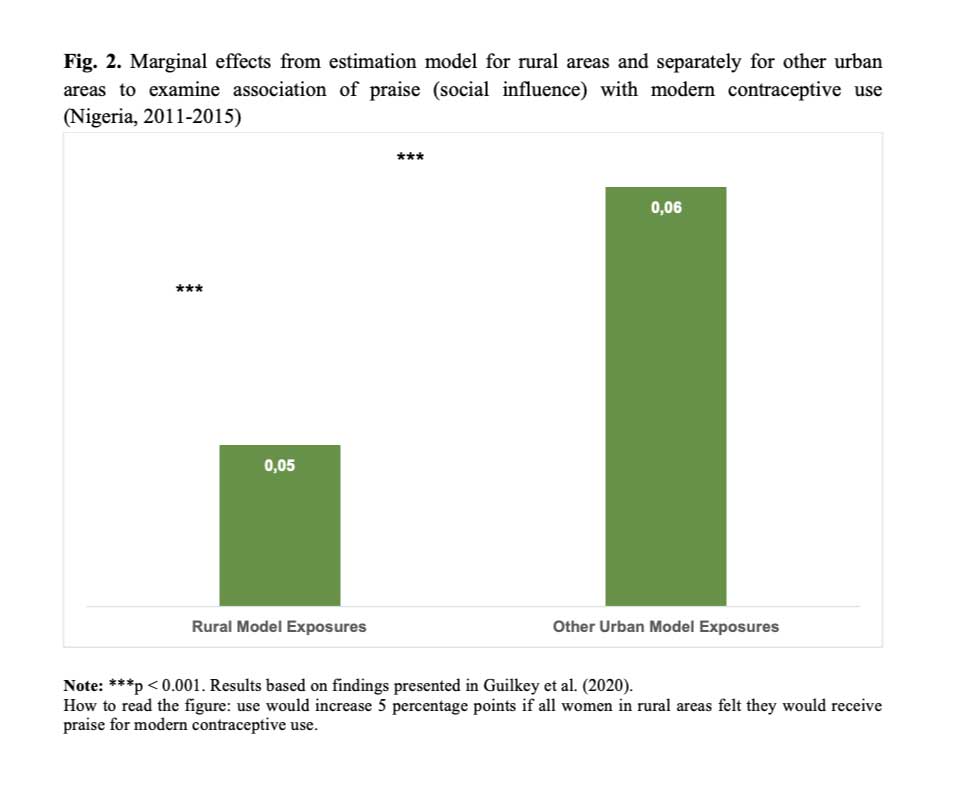 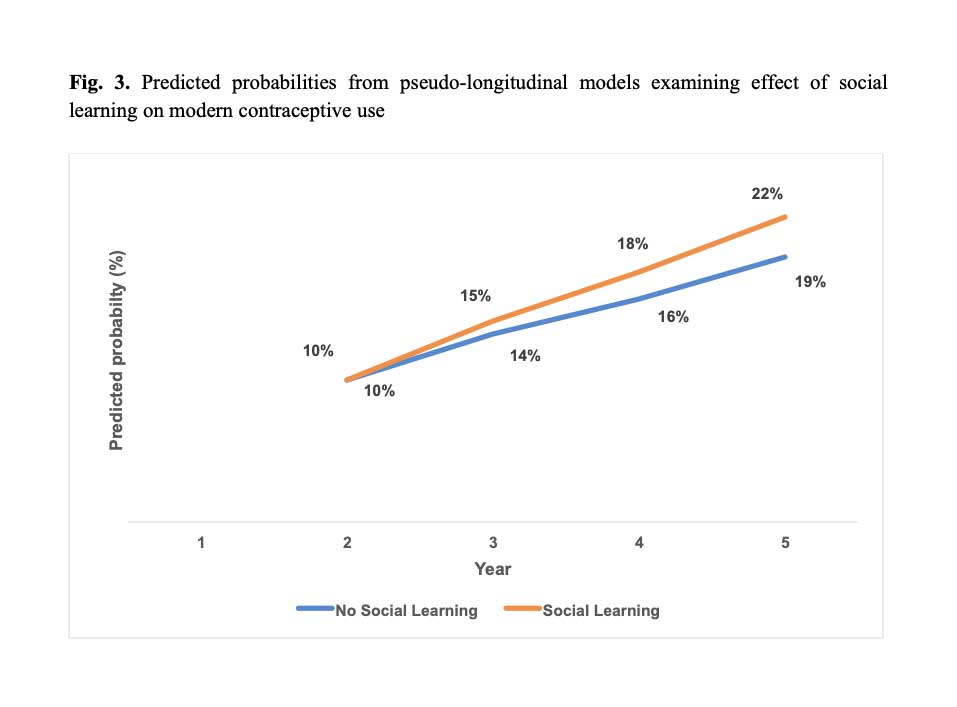