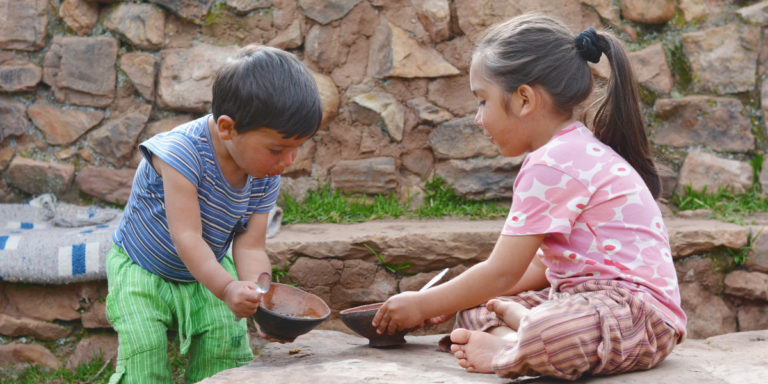 In 1996-2000, for the first time in Peru, surgical contraception was promoted among indigenous women, and sometimes imposed upon them. As Marianna Battaglia and Nina Pallarés show, its overall positive impacts on contraceptive use and child mortality conceal substantial heterogeneity by ethnicity.

Over the period 1996-2000, Peru carried out an unusual family planning program called Programa de Salud Reproductiva y Planificación Familiar (PNSRPF). At the time, infant and child mortality rates were exceptionally high in the country (45.8 and 23.5 per thousand live births in 1994, respectively) and there was a high prevalence of chronic malnutrition among children under five years (25.8% in 1996; UNICEF 2008). The Peruvian Ministry of Health promoted the PNSRPF with the stated purpose of addressing widespread poverty in the country through the reduction of fertility and of maternal and perinatal mortality. Its introduction was gradual, mainly through the celebration of health festivals that lasted about two days (Aramburú 2002). During these festivals, mobile medical teams visited the villages to provide information on family planning and contraception, and to offer health care services. Depending on the village health infrastructure, interventions occurred in the local health clinic or in the nearest hospital, or inside specially equipped ambulances (mobile sterilization units). All health services were provided free of charge, including voluntary surgical contraception, previously illegal.

However, several sources reported irregularities during the program implementation and documented episodes of forced sterilization among indigenous women from rural areas (Boesten 2007; Byker and Gutierrez 2012; Tamayo 1999). They were often pressured to have surgery through harassment of the household, and/or were offered money or food in exchange. The government administration refused to recognize such irregularities, never publicly stated guidelines about target populations, and did not officially report the existence of sterilization quotas.

In a recent paper (Battaglia and Pallarés (2020), we studied the effects of exposure to this unusual family planning program on child mortality and child health care and document differential child health care behaviors correlated with permanent or temporary interventions to reduce fertility, especially for those women among whom permanent intervention was aggressively promoted. To identify the areas of the country affected by the policy, we used the incidence and timing of surgical contraception among indigenous women in each province using data collected by the CLADEM (Tamayo 1999) and the Demographic and Health Surveys (DHS). We compared provinces where it is more likely that mobile medical units arrived earlier to celebrate health festivals (treated) with provinces where they arrived later (control), and observed the impact of the policy in the short term, i.e. in the year when the policy reached the treated provinces.

As reported in Panel A of Table 1, due to the family planning program, women in treated areas were more likely to use any method of contraception (almost 10 percentage points), than women in control areas. The increase in sterilization was significantly higher (8.3 percentage points) for indigenous than for nonindigenous women.

Furthermore, children in treated provinces, born or conceived before the policy, were less likely to die within their first year of life compared to children in control provinces. Neonatal and infant mortality decreased by 5 to 6 percentage points (Panel B).

These results can be partially explained by a longer duration of breastfeeding in treated provinces (Panel C), where mothers were 18.5 percentage points more likely to breastfeed their children for longer than expected, given their age. On average, duration of breastfeeding increased by three weeks, from 10.2 to almost 11 months in this group. Breastmilk has immunological benefits and breastfeeding protects against water- and food-borne disease. Breastfeeding is also associated with lower rates of infant mortality from diarrheal disease and acute respiratory infection (Jayachandran and Kuziemko 2011).

Medical research also shows that childhood vaccination, in particular against measles and tetanus, is associated with substantial reductions in child mortality (World Health Organization 2017). However, children’s likelihood of receiving the appropriate vaccinations at birth and by the first year of life was not significantly affected by the policy.

Conversely, among indigenous mothers, the effects on their children’s health care were positive if they used temporary methods but much less so if they were sterilized. Children whose mothers used temporary contraception were both more likely to be breastfed for longer (roughly one month more) and to receive the required vaccinations at birth (26.1 percentage points), compared to children whose mothers did not use any contraception. Even though mortality was lower among children born to mothers who were sterilized, this seems to be mainly related to safer conditions of childbirth rather than better child care after delivery.

What did we learn?

DHS data do not tell us who freely decided to adopt a permanent contraceptive method and who was forced to do so. Therefore, we cannot derive strong conclusions and claim any causal interpretation of the impact of contraception on child health. Nevertheless, these results are informative of differences by ethnicity in reactions to the policy and of the heterogeneous impacts on child health care when a policy intervention is aggressively promoted. As Byker and Gutierrez (2012) noted, when birth control is imposed, the benefits of making choices about fertility are lost and having fewer children may not translate into substantial improvements in the health care they receive.

Byker, Tanya and Italo A. Gutierrez. 2012. “Fertility and Family Well-being Effects of an Aggressive Family Planning Policy in Peru in the 1990s.” PSC Research Report No. 12-765.

Jayachandran, Seema and Ilyana Kuziemko. 2011. “Why Do Mothers Breastfeed Girls Less than Boys: Evidence and Implications for Child Health in India.” Quarterly Journal of Economics 12 (3), 1485-1538.