Stability of U.S. couples with children in a comparative perspective 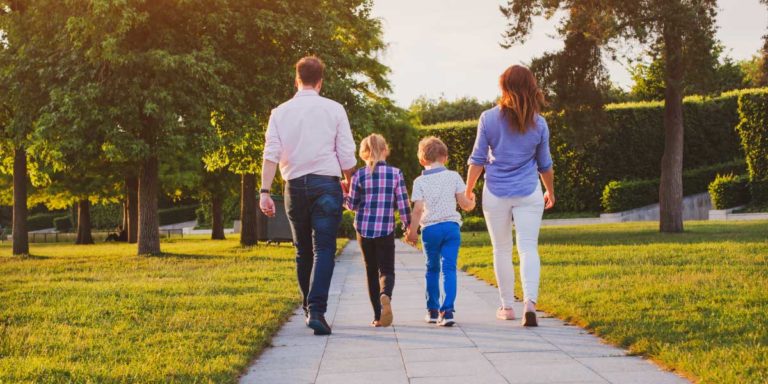 Cohabitation, nonmarital childbearing, and partnership dissolution are now common in the U.S. Katherine Michelmore and Kelly Musick examine patterns of union instability among couples who have had a child together, paying particular attention to differences between cohabiting and married couples and characteristics associated with union instability.

Models of family change provide contrasting views on how the stability of cohabiting families should vary across countries. The second demographic transition theory predicts greater family diversity driven by powerful ideational shifts toward individual needs, nonconformity, and gender equality (van de Kaa 1987). Along the way, distinctions between cohabitation and marriage should fade, with cohabitation becoming a more stable arrangement in which having and raising children is commonplace (Kiernan 2000). An alternative view points to persistent differences in the experiences of marriage and cohabitation, drawing on U.S. accounts of the symbolic significance of marriage as a marker of prestige (Cherlin 2009) and a “pattern of disadvantage” evident in the link between cohabitation and economic instability (Perelli-Harris et al. 2010b). Rather than convergence, this pattern suggests growing disparities in family patterns and the resources associated with them (McLanahan 2004).

In a study recently, we examined how union instability among married and cohabiting couples with children differed across eight Western countries: United States, United Kingdom, Norway, Sweden, Austria, France, Italy, and Spain (Musick and Michelmore 2018). We examined whether factors commonly associated with union dissolution were more common in the United States than in the European countries, and whether these differences account for why couples in the United States are much more likely to separate than couples in much of Western Europe.

We used data from the Harmonized Histories (Perelli-Harris, Kreyenfeld, and Kubisch 2010a) on women of childbearing age (15-45) who had a birth with a cohabiting or marital partner within 10 years of the interview date. We followed couples over time, taking note of whether and when they married or separated from their partners, and we conducted a number of simulations to illustrate how much of the differences in separation rates across countries were due to differences in cohabitation, educational attainment, early childbearing, and prior childbearing.

Overall, estimated probabilities of separation within five years of having a birth were about 2 to 4 times higher in the United States than elsewhere. We showed that this was not due to higher relative odds of separation among U.S. cohabiting versus married parents, which were similar in the European countries we analyzed, net of controls. U.S. marriages were about as stable as cohabitations in most of the countries we studied, and they were less stable than cohabitation in Norway and Sweden. On the other end of the continuum, Italy and Spain stood out in having low levels of union instability.

Across all study countries, we found that cohabiting parents who did not subsequently marry were much more likely to separate than married parents (see Figure 1). However, in most countries we also found that the odds of separation among cohabiting parents who subsequently married were statistically indistinguishable from those married at the time of a child’s birth, net of controls (Spain and Austria were exceptions). This is an important distinction that is not often emphasized in the literature.

In the United States and United Kingdom, we found stark differences in the characteristics of married and cohabiting couples: cohabiting couples in these countries were less educated, younger at birth, and more likely to have had a child with a previous partner, compared to married couples. In contrast, we found relatively few differences in the characteristics of cohabiting and married couples in the Nordic countries (where cohabitation has long been common), consistent with predictions of the second demographic transition theory that differences between cohabitation and marriage will fade as cohabitation becomes more prevalent.

Low education, prior childbearing, and early age at birth were associated with union instability fairly consistently across countries, but the prevalence of these characteristics varied substantially. The United States and Italy both stood out in levels of prior childbearing and early childbearing—the United States in its high levels, and Italy in its low levels. We ran simulation exercises to highlight how couple characteristics at these two extremes might play into union instability elsewhere. Simulations showed that couple’s characteristics played a role in explaining differences in separation rates across countries, but did not account for the whole story. For example, even when assigned Italy’s very low prior childbearing and high maternal age, simulated probabilities of separation in the U.S. remained substantially higher than elsewhere.

In addition to the high levels of prior childbearing and early childbearing, another distinguishing feature of U.S. instability is the clustering of these factors, i.e., the tendency of low education, early childbearing, and prior childbearing to go together. U.S. patterns provide the clearest illustration of diverging destinies, in which women at the bottom and top of the education distribution follow different paths of family change. The absolute gap in separation rates between the highly-educated and the less-educated was by far the largest in the U.S. (see Figure 2). Separation probabilities of U.S. college graduates (9%) were in line with their European counterparts, whereas less-educated couples in the U.S. had separation probabilities (35%) that ranged from 2 to 7 times higher than less-educated couples elsewhere. Less-educated U.S. couples are outliers in the cross-national context in their high levels of prior childbearing and young age at birth, but not their detachment from marriage. U.S. college graduates, on the other hand, look much similar to college graduates in comparison countries, with the exception of their low share of cohabiting at birth.

Parental separation is high in the U.S. relative to Europe—and the implications for children are potentially amplified by distinct features of the U.S. context. One feature is the tighter packaging of factors associated with union instability in the U.S. that may compound any resource loss associated with parental separation. The relatively weak U.S. social safety net is another feature potentially exacerbating the implications of parental separation for U.S. children. The U.S. social safety net has turned away from serving its most vulnerable since the 1980s (Moffitt 2015) and does little relative to other rich countries to pull single-parent families out of poverty (Maldonado and Nieuwenhuis 2015; Smeeding 2005). Diverging destinies appear to be a common feature of family life, evident across the countries examined here. But they are starker in the U.S. and are likely more consequential for the next generation.

Cherlin, A. J. (2009). The marriage-go-round: The state of marriage and the family in America today. New York, NY: Alfred A. Knopf.