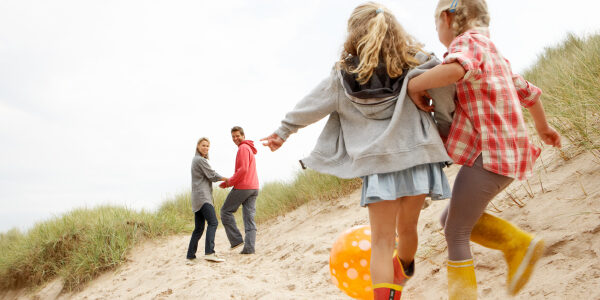 The number of children individuals would like to have, or would have liked to have had, also known as personal ideal family size, has been stable in the EU-15 as a whole in the past decade (Fig.1). This is not surprising, given that childbearing ideals reflect preferences at cultural and normative level and do not change very easily over time and through the individuals’ life course. 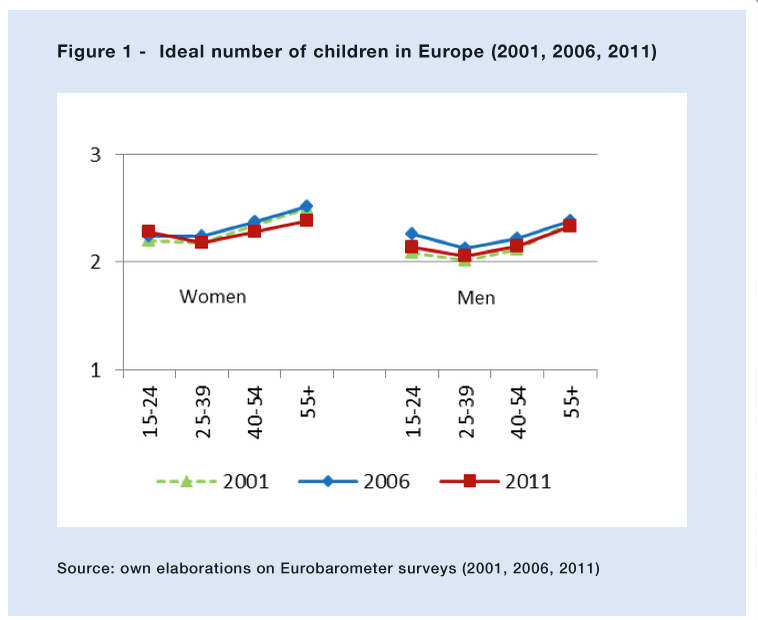 This aggregate uniformity hides, however, substantial cross-country differences. Over the past five years (2006-2011), a sharp decline in the ideal family size has indeed been observed in Greece, one of the European countries most severely affected by the recent economic crisis. Elsewhere, the decrease has been either of a smaller magnitude (United Kingdom) or has affected only specific subgroups, e.g. men, or women, or certain age groups (Portugal, Belgium, Finland, France, Malta and Sweden; Testa, 2012).

Temporal trends in childbearing preferences are examined using three rounds of Eurobarometer data collected in 2001, 2006 and 2011. In each of the three waves questions on fertility and fertility intentions are administered to interviewed people: around 1,000 individuals aged 15 or above in each of the Member States, overall 15 in 2001, and 27 in 2006 and 2011. Question wording is almost identical, which allows comparison across countries and over time. 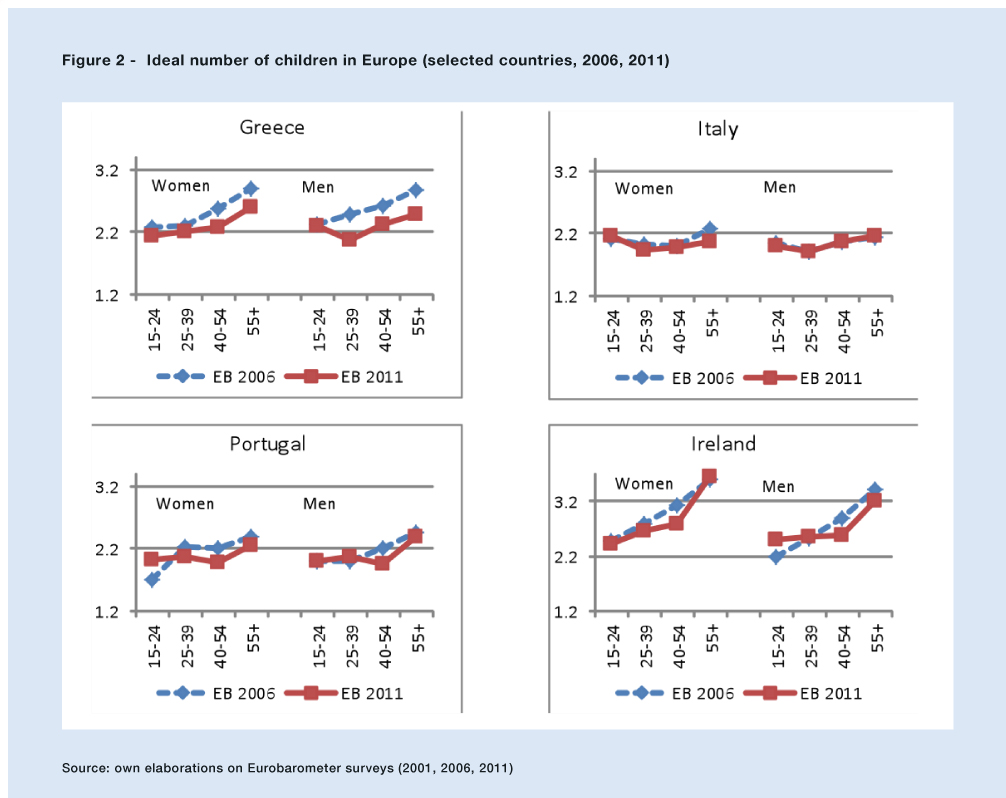 In Greece, family size ideals decline while actual family size remains constant: this results in a reduction of the discrepancy between ideal and actual fertility of about 0.2-0.4 children depending on the age group considered. Ideal fertility has traditionally been higher than actual fertility, which can be used as an argument for the introduction of measures aimed at supporting families with children.
As the gap between the two declines, one might argue that policy interventions in favour of families are no longer desirable. But the opposite conclusion is, in our opinion more convincing: the abrupt decline in an otherwise stable indicator may pave the way to a further reduction of fertility, which is surely not what southern Europe needs now.
What about Italy? The strong stability of ideals suggests little change in the ideal family size as well as in the ideal-actual fertility gap in the coming years. Whether the young interviewed people will continue to report the same ideal number of children in periods of rising taxation and increasing unemployment and uncertainty is a question that cannot be answered yet, but Eurobarometer will help us monitor the Italians’ childbearing preferences in the years to come.