Breaking down the increase in non-marital births in Finland 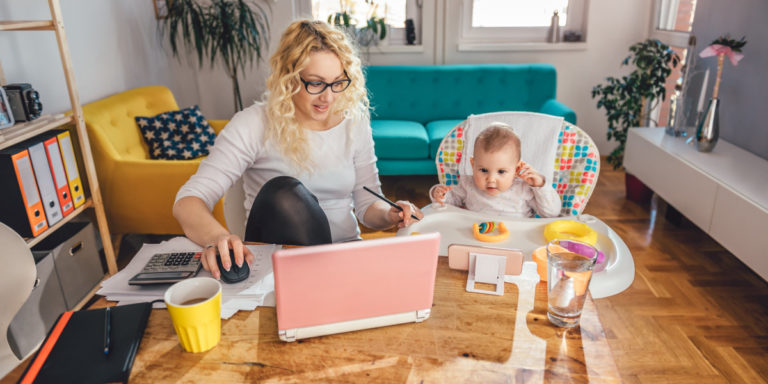 Low-educated persons are especially likely to have their children outside marriage in Finland. While the proportion of people with low education has declined sharply in most countries in recent decades, non-marital childbearing has increased. How can this paradox be explained? In their new study, Christine Schnor and Marika Jalovaara provide the missing link between individual behaviour and macro family trends.

The expansion of non-marital childbearing

Why is it important to study whether children are born to married or unmarried parents? First, because being born to unmarried parents increases a child’s likelihood of living in a single-parent family (Andersson et al. 2002, 2017). Some children are born to single mothers. However, most children born outside marriage are born to cohabiting parents who did not marry before the child was born (Kiernan 2001). Parental separation is much more common and tends to occur sooner when parents are not married. Many single-parent families are doing fine, but at population level, the risk of poverty, for instance, is much higher in single-parent families than in two-parent families (Eurostat 2016). Second, because non-marital childbearing has become extremely common in most European countries, mainly because parents increasingly live together without being married (Kiernan 2001). Ideational and structural changes have contributed to the tremendous increase in childbirth outside marriage.

The Nordic countries were forerunners in this development (Figure 1). In the 1970s and 1980s, they were European outliers in this respect.

In Finland, the proportion of non-marital births has been smaller than in the other Nordic countries. One reason is that views on marriage are more conservative. While in the 1960s the vast majority (~95%) of children in Finland were still born within marriage (Figure 1), today, about 45% of all births are to unmarried parents. The percentages are even higher for first children, because some parents marry after the first birth. Since the mid-1990s, the majority of first children have been born to unmarried mothers (compared with a tiny minority in the 1970s).

A matter of education

In Finland, as elsewhere (Perelli-Harris et al. 2010), non-marital childbearing has increased substantially for parents of all educational categories, but, as Figure 2 shows, the increase has been inversely proportional to the parents’ educational level.

However, to better interpret Figure 2, structural changes must be taken into account. The average level of education has increased in recent decades and in many countries, the largest segment of the population currently has a “medium” level of education. Since the 1980s, this is also the case for first-time mothers and fathers in Finland (Figure 3). However, the situation is still evolving, and more and more parents, especially mothers, now have a tertiary degree. Among mothers of children born in the new millennium, almost half had completed either lower or higher tertiary level education.

In a recent study, we evaluated how parents with different levels of education contributed to the overall increase in non-marital first childbearing (Schnor and Jalovaara 2019). We considered changes in the parents’ educational profiles and changes in marriage behaviour.

During educational expansion, the ideational climate changed, making childbearing outside marriage socially acceptable. The largest increase in non-marital first childbearing occurred from the 1980s to the 1990s. At the same time, many countries underwent an economic recession. In response to the uncertainty and loss of opportunity, the medium and lower tertiary-educated may have preferred unmarried cohabitation or decided to postpone marriage. The medium-educated group is quantitatively large and may affect population trends, but research has not paid much attention to them, because of the focus on comparing the highest and lowest educated.

Of course, it remains important to investigate the living situations of low educated parents because they cumulate different disadvantages. At the same time, however, we need to consider the context in which the majority of children live. Non-marital childbearing has become common among the medium-educated and increasingly also among the high-educated. We should be sensitive to the implications that this change may bring for family instability and its consequences in terms of social and economic inequalities.

Perelli-Harris B, Lappegård T, Keizer R and Berghammer C (2010) The educational gradient of childbearing within cohabitation in Europe. Population and Development Review 36(4): 775–801. Schnor Christine & Jalovaara Marika (2019): The spread of non-marital childbearing and its link to educational expansion. Acta Sociologica.