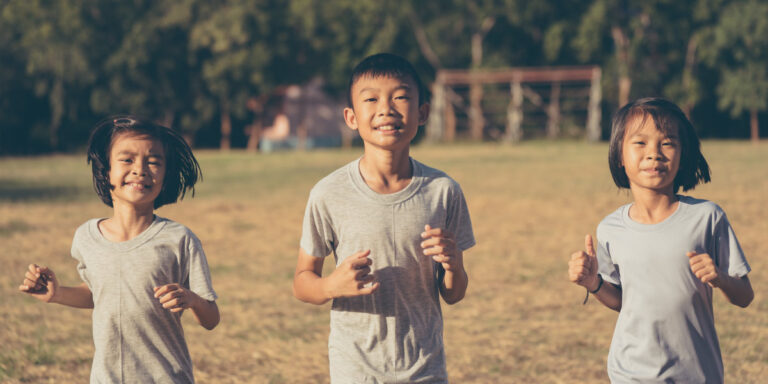 The benefits of the Olympic Games may be numerous and long lasting. Chao Guo highlights the positive role of the 2008 Beijing Olympic Games in reducing the risks of both under- and over-nutrition of children in China.

Mass gatherings have potential risks, especially amid a global health crisis. However, the benefits of the Olympic Games may be wide-ranging, including economic growth, urban development and expansion of sports infrastructure. They may also help improve public health services and risk management, public health surveillance and reporting systems (e.g. of air quality), as well as individual health awareness and behaviours. Several previous studies have investigated the association between the Olympic Games and health outcomes such as exposure to respirable particulate matter, adolescent psychological health, and asthma, but apparently none have studied the long-term association between the Olympic Games and child growth.

Underweight and overweight among Chinese children. A triple difference-in-difference analysis

In a recent study (Guo et al., 2022), we estimated the association between the 2008 Beijing Olympic Games (BOG) and child growth in China. We used the BOG as a natural experiment to capture the potential long-term effect of the Olympic Games on child growth at the population level. Individual-level data were obtained from the China Family Panel Studies (CFPS). Children aged 3–10 years during the survey window in 2014 and in 2018 were pooled into a dataset and included for analysis.
Exposure to the BOG was measured by triple difference-in-difference analysis. First, children aged 7–10 years were identified as the treated group, as they were born either before the 2008 BOG (in 2004–2007) if surveyed in CFPS wave 2014, or after the BOG (in 2008–2011) if surveyed in wave 2018. Children aged 3–6 years were identified as the control group, as they were born after the 2008 BOG in both survey waves. The difference observed between two waves within the control group (D1) can be interpreted as a common temporal change, due, for example, to the general socio-economic development. Conversely, the difference between two waves within the treated group (D2) includes this common trend plus the effect of being born either before or after the 2008 BOG. This means that the variation “caused” by being born after the 2008 BOG and not before can be identified through the difference between the treated group and control group in the difference between two waves (D2–D1).

Additionally, although the Olympic Games is an event of national and even world significance, we assume that it affected mainly those living close to the venue of the Games and its surrounding areas. The host city of the 2008 BOG was Beijing, together with five mainland cities: Shanghai, Tianjin, Shenyang (Liaoning province), Qinhuangdao (Hebei province) and Qingdao (Shandong province), as co-host cities. (Hong Kong, the sixth co-host city, was not included in our analysis due to data limitations.) We thus categorised the areas of residence of our child participants into a binary variable: BOG areas or non-BOG areas. The rate of child growth is not the same at 3–6 years or at 7–10 years, and this is something that the D2–D1 estimator mentioned above does not control for. However, we can assume that the trend differential of the two groups of children is the same in BOG and in non-BOG areas. Thus, the association between the BOG and child growth can be identified through the difference between areas in difference between age groups in difference between waves: (D3–D2–D1), or DDD.

Child growth was assessed via four binary variables: stunting, underweight, overweight, and obesity. We generated standardising anthropometric measures for children including z-score of height-for-age (HAZ) and z-score of weight-for-age (WAZ) according to the WHO growth charts, and derived indices of stunting if HAZ ≤ 2 and underweight if WAZ ≤ 2, respectively. Furthermore, overweight and obesity were measured by binary variables according to the international body mass index (BMI) thresholds for children aged 2–18 years (BMI ≥ 25 for overweight and BMI ≥ 30 for obesity).

Our DDD estimates reveal that BOG exposure decreased the risk of underweight by 88% among Chinese children, and that of overweight by 58% (Figure 2). The effects of BOG on the odds of stunting and obesity were not statistically significant.

We did not detect sex heterogeneity of associations between the BOG and stunting, underweight or overweight. However, we did find a sex difference for the association between the BOG and child obesity, with a significantly lower risk of obesity found in the female, but not in the male sample. In girls, the risk of obesity was 21% (95% CI: 5%-88%) for those exposed to the BOG compared with those not exposed, after controlling for observable covariates.

To the best of our knowledge, this is the first attempt at estimating the effect of the Olympics on child growth. Our findings are that the 2008 Beijing Olympic Games decreased their risk of underweight and overweight, and, for girls only, also the risk of obesity.

This may have happened through several potential mechanisms. First, children of the post-Olympic generation might have benefited from a variety of favourable conditions related to the Olympic Games during the fetal period. This may be because, according to the International Organizing Committee, the Games had a positive impact on several social, urban, environmental, and economic criteria, such air quality, food and water safety, regeneration of the physical environment, Anti-smoking measures and the development of venues and training facilities promoting mass sport. Second, the Games may have also prompted active participation in sports, at all levels and at all ages, among children born shortly after the Games and their families.

While the mechanisms may be unclear, and not necessarily replicable elsewhere in the world, the results, as highlighted by our DDD research design, seem clear enough: children’s health improved in China following the 2008 Beijing Olympic Games.