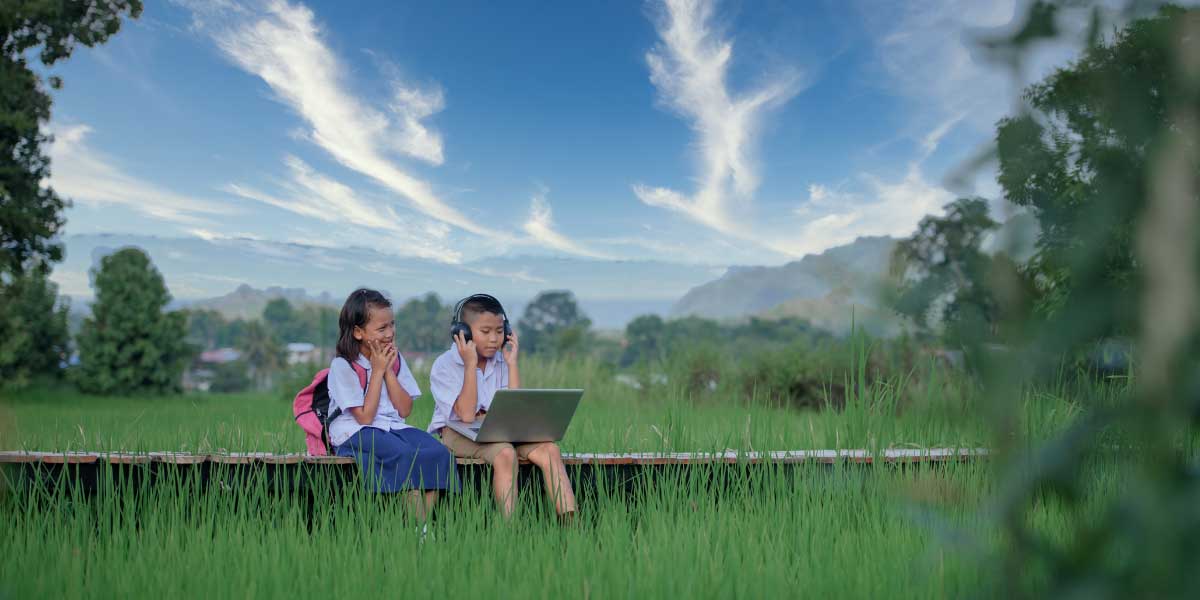 In the interest of boosting the long-term rate of economic growth in low- and middle-income countries, policymakers are advised to pursue investments in human development that improve reproductive and general health and that promote educational attainment. Economic theory and data analyses by David E. Bloom, Alex Khoury, Vadim Kufenko, Klaus Prettner suggest that investments in these domains offer high return on investment in the form of increased economic growth.

Plenty of ideas but tight budgets

Policymakers are confronted with a wide range of proposals to accelerate economic growth and enhance wellbeing in low- and middle-income countries (LMICs). For example, the United Nations’ Sustainable Development Goals include 169 targets to reach by 2030 (United Nations, 2021). Inter alia, these aims include:

All these goals have the potential to improve lives, yet LMIC policymakers face tough tradeoffs in choosing which targets to prioritize in the face of budgetary constraints. Thus, it is particularly important to know which investment priorities are most demonstrably effective in driving sustained economic growth and development.

Data limitations often inhibit thorough analysis of the macroeconomic effects of specific, fine-grained policies. While randomized controlled trials are important tools for discovering which specific policies work in a local context, extending those results to a greater level of aggregation is difficult, as many programs ultimately do not scale (Deaton & Cartwright, 2018). Policymakers can nonetheless benefit from general guidance on which strategies are most likely to aid and abet economic growth.

Economic theory as a guide

Here, economic theory serves as a useful first guide. Dynamic macroeconomic models often imply the presence of poverty traps—self-reinforcing economic conditions that perpetuate poverty—and help identify the mechanisms that sustain them. Economists posit two different approaches to escaping these poverty traps. One pathway is to invest in accumulating physical capital. This “big push” strategy is represented by massive international assistance packages (including aid and subsidized loans) and expenditures on large infrastructure projects. The second way to overcome the poverty trap is by investing in policies targeted at increasing human capital and productivity. We focus on the latter herein because increasing human capital and productivity is not only able to lift a country above the basin of attraction of the poverty trap equilibrium but could even lead to a situation in which the poverty trap dynamics vanish altogether (Bloom et al., 2021).

For example, it is well-known that education is an important driver of long-run economic growth (Lutz et al., 2008). Better-educated individuals are more productive, higher earning, and contribute more to aggregate output. However, if fertility rates are high and families are large, the resources to invest in each child’s education are scarce. These lower levels of education, and the lower earnings that accompany them, generally contribute to high fertility rates and large families in the next generation, who again have limited resources available for education. This cycle prevents a fertility-education transition and a takeoff to sustained growth (Galor, 2011). This fertility-induced poverty trap is one prominent mechanism impeding LMICs’ escape from poverty, preventing them from realizing the demographic dividend that can accompany a nation’s shifting population age structure (Kotschy et al., 2020).

Another potential mechanism sustaining poverty traps is related to lower population health status due, for example, to high incidence of infectious diseases and their sequela. Life expectancy for less healthy individuals might be so low that private investments in education are unlikely to pay off (Cervellati & Sunde, 2013). Public investments in education, such as building schools, may not be fully utilized in these scenarios since demand for education is low. Poor population health and its negative consequences for education then limit the country’s potential for growth (Bloom et al., 2020).

Finally, unaffordable or low-quality education could prevent some segments of the younger population from improving their job skills. Children in these circumstances are likely to be less productive and earn lower wages in the future. This, too, perpetuates poverty across generations, inhibits human capital accumulation, and reduces the economy’s growth potential (Strulik et al., 2013).

In an effort to quantify the effects of investments in these different domains, we assessed the evidence base on the association of general health, reproductive health, educational outcomes, and infrastructure improvements with economic growth in LMICs. We also performed cross-country and panel data regressions assessing the effects of improvements in these domains on subsequent economic growth (Bloom et al., 2021). Our key findings relevant to policymakers in LMIC settings are as follows:

These findings suggest a distinctive role for investments in human development in the sense of improving education, health, and reproductive health, while infrastructure investments on their own are not shown to be effective in boosting economic growth. However, we also find that electricity adoption interacted with schooling is positively associated with economic growth, suggesting that the return to schooling rises when schools are electrified. The key benefits of electricity in the schoolroom include lighting and extended study hours, enhanced staff retention and teacher training, and improved school performance. This effect implies an important role for infrastructure investments when they are paired with human development initiatives.

Overall, our findings suggest that policymakers should focus their scarce resources on promoting reproductive health, general health, and education. Considered together, economic theory, previous findings in the literature, and our own empirical results suggest that focusing on these human capital investments is associated with the highest payoffs in terms of subsequent economic growth. While specific policy choices are always highly contextual, our review of the literature highlights that decreasing the burden of diseases, expanding access to preschool and primary education, promoting gender equality, and increasing child and maternal health have particularly high potential returns on investment from an economic growth standpoint.