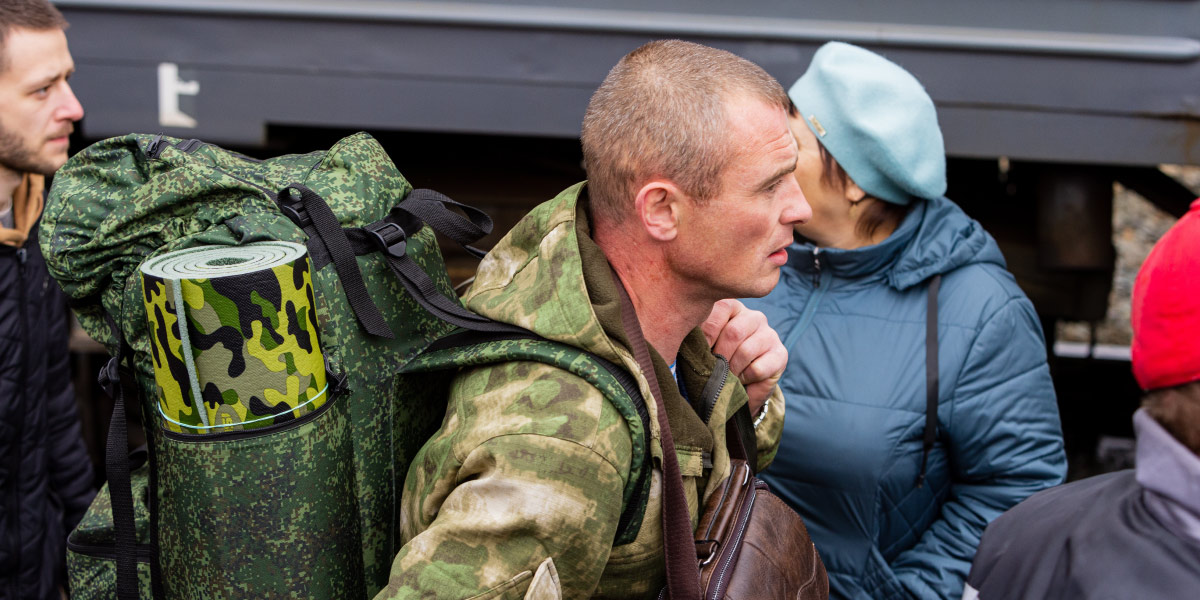 An interview with Vladimir Gimpelson, director of the Centre for Labour Market Studies at the Higher School of Economics in Moscow, the Russian Federation.

The Bell is a Moscow newspaper specialized in economic and financial affairs, which, like other media, has decided not to cover the war in Ukraine to avoid the sanctions recently approved by the Duma, the lower house of the Federal Assembly of Russia. What follows is a translation of a few excerpts from the interview between Denis Kasyanchuk, economics editor at The Bell, and Vladimir Gimpelson, a renowned labour economist, on the consequences of the ongoing war on the Russian labour market. The original interview was published on 5 October 2022. In the last few weeks, unconfirmed estimates of 700,000 emigrants since the launch of the “Special Operation”, have circulated, a figure feebly denied by the Kremlin spokesman Dmitry Peskov, while births in the first eight months of 2022 fell by 6% compared to the same period of 2021. The population issue was a serious concern for Russian authorities even in times of peace: the war is making it even more worrisome.

Shortly after the heavy defeat of Russian forces in the Kharkov area, in September, mobilization was declared in Russia, and may now (early October 2022) have come to a halt. According to the authorities, 300,000 “reservists” will be (or have already been) drafted, but draft papers are often handed over to men with little or no experience with firearms. This provoked panic in society: hundreds of thousands Russian fled. What price will the Russian labour market and the Russian economy pay? We asked this and other questions to Vladimir Gimpelson, the Director of the Center for Labour Studies of the Higher School of Economics.

KASYANCHUK. It is impossible to predict how many people will eventually go to war. Let us stick to the 300,000 indicated by the Defense Ministry. We are talking about men aged between 20 and 55 years: what would that mean for the Russian labour market?

GIMPELSON. To answer this question, we need to start with demographics. The Russian age structure is very problematic, with deep troughs in certain age groups (Figure 1). This is the superimposed echo of many dramatic events that punctuated the 20th century, such as the Revolution, the Great Patriotic War [A/N WWII], and system changes in the 1990s. There are fewer than 8 million people in the 20-29 year group, compared to 11 million aged between 30 and 39 years. This means that the most able-bodied age group turns out to be the smallest in the labour market. Besides, it has been hit by multiple misfortunes since February 2022: war and injury, mobilization and emigration. The exact number of all these combined losses is unknown, but it is clear, for instance, that a predominant share of those who have fled the country are young men at their most productive ages.

This is a serious shock to our demographics and our labour market. The 300,000 mobilized men represent a loss of about 0.5% of the entire workforce, which translates into a similar annual decline in GDP.

Of course, we do not know how long this will last. But mobilization is not the only problem: we are also experiencing mass emigration of many young people, human losses that occurred before mobilization began, and extreme uncertainty felt by everyone in society. People have stopped working because they are worried about what might happen. All this applies not only to the mobilized men, but also to their families, wives and parents. The impact of all this is much more severe than just temporarily pulling 300,000 people out of the economy.

KASYANCHUK. What if larger numbers of men are mobilized? For example, the one million that the media wrote about? In this case, should we multiply all the effects by about three?

GIMPELSON. Yes, we need to multiply the effects, but by more than three. Take the health system, for instance: as the number of men mobilized and sent to the front increases, the number of dead and injured will increase likewise. The health system will focus on the war wounded, neglecting others. This is something we have already come across during the recent COVID-19 pandemic, when, for example, oncology and cardiology were neglected.

Speaking of the future, however, it is not even necessary to estimate the effect of mobilization. The pre-COVID demographic forecasts of Rosstat [Federal Institute of Statistics] showed that by the early 2030s, the number of working people aged 20-39 will be reduced by about a quarter compared to 2017-2019. This is a huge compression of the labour force, a shock to the economy.

And this is not all. Labour productivity varies by age: it increases until about 40 years, then levels off or even declines. The youngest group is on the upward slope of its performance curve. This means that they will not reach their potential peak, which will negatively affect their performance as a group, and the economy as a whole.

KASYANCHUK. What will happen to the demand for labour? Employers now realize the risks of their male employees being drafted at any time. Will they hire only women instead?

GIMPELSON. First, I expect a reduction in hiring. It is always the first and quickest response to a crisis. Layoffs are slower, because workers are protected in one way or another: by laws, or their own skills. But hiring can be stopped in an instant. This is exactly what happened in the second quarter of 2020: there were even fewer layoffs than in the previous year, but employment contracted because of the reduction in hiring.

Secondly, if there were large numbers of unemployed women, they could fill existing vacancies. But their employment rate is high, and comparatively few women are looking for a job. Besides, many jobs have so far been predominantly male. For example, taxi drivers, dump truck drivers, crane operators, welders and so on. And some of these professions can only be “feminized” to a limited extent.

Third, labour demand is itself under threat. Investments are frozen, many businesses are being destroyed. Business creators , managers, potential employers are fleeing or being mobilized. As a result, business is stagnating. Nobody is hiring anybody any more.

KASYANCHUK. Last week, the authorities officially announced the “annexation” of new territories to Russia. This could add some five million to the country’s population, which represents an extra 3%. Couldn’t these individuals compensate for the loss of able-bodied men due to mobilization?

GIMPELSON. Of course not. First, we need to understand what kind of people these are. If they are older adults and children, who were unable to leave [the war zone], then this is simply an additional economic burden for the country. Second, the areas that are now controlled by the Russian army are so devastated that considerable economic and human resources will be needed to rebuild them. In short, these territories will draw in workers rather than making them available on the labour market –  especially if the fighting continues.

KASYANCHUK. And what will happen to the labour market in the long term? Sooner or later, those who go to the front (although not all of them) will make it back home. Not all of them, however, will be able to return to their jobs. Will unemployment rise?

GIMPELSON. If we are talking about long-term consequences, unemployment is the least of our worries. I am not even mentioning deaths. Let us consider health, for instance. Some will come back with injuries, and some, as we know from the experience of previous military conflicts, with post-traumatic stress disorder, which has a severe psychological impact.

Another long-term consequence is the loss of human capital, both for those who left for the front, and those who stayed behind. Some lose their skills, others cannot acquire either existing ones, or ‒ even less so ‒ new ones. Investments in technology and in the skills needed for this technology go hand in hand: they rise and fall together. And under such conditions, who will want to invest? In the long run, all this means a drop in labour productivity and, therefore, loss of wages and income.

KASYANCHUK. Any idea of the extent of this loss?

GIMPELSON. The Nobel laureate Joshua Angrist, an economist, wrote a series of articles on Vietnam War veterans. According to his estimates, their lifetime income losses can be estimated at about 15% compared to those who did not go to Vietnam. The causes of these losses are those that we mentioned earlier: damaged health, post-traumatic stress disorder, and loss of skills, because these people were absent from “civil life” and from the workplace for several years. Of course, the greater the number of people in this meat grinder, and the longer they remained trapped, the greater the cumulative loss for society.

KASYANCHUK. Will these labour market trends significantly influence public support for the government and its decisions?

GIMPELSON. Public attitudes towards the authorities depend primarily on a correct understanding of what is going on. Polls are beginning to show that there is already a decline [in trust in the government]. The labour market is a relatively minor factor. However, it is not negligible: when standards of living decline, public discontent grows.

The full interview (in Russian) can be found here: