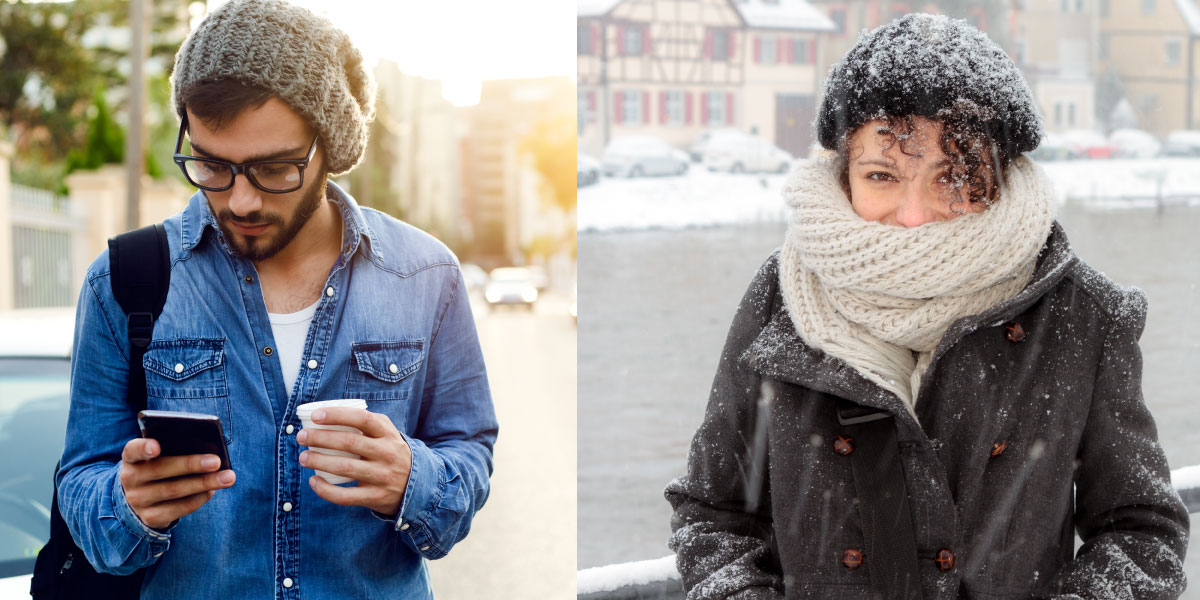 Formerly synonymous with marriage, cohabitation has become a lasting form of union in France and this country is now among those where the practice is most widespread (Prioux 2009).
Moreover, the annual number of PACS¹ is gradually catching up with the number of marriages (187,000 PACS and 226,000 marriages in 2015). At the same time, since the beginning of the 1980s, another form of living arrangement has attracted the interest of sociologists and demographers: Living Apart Together (LAT), or non-cohabiting unions (Régnier-Loilier 2016).

While this type of relationship is not new, it has only recently been taken into account in demographic surveys (as is the case in the International Generations and Gender Survey, GGS), giving the phenomenon greater visibility. In many countries, around one in ten adults are in a non-cohabiting relationship (Liefbroer et al. 2015).

This high proportion sometimes leads to the idea that the phenomenon is increasingly widespread and that it could, in a context of supposedly increasing individualism, represent a new form of union in its own right. However, most sociological or demographic studies highlight the plurality of the profiles grouped in this category (Duncan 2013; Régnier-Loilier et al. 2009). What exactly is LAT? The successive waves of the French GGS² offer, for the first time, the opportunity to follow the partnership trajectories of non-cohabiting individuals. To what extent does LAT represent a sustainable partnership situation? Which characteristics are associated to which partnership trajectories?

Between the first two waves of the Érfi-GGS survey (2005-2008), 46% of non-cohabiting relationships ended, a proportion that reached 53% after six years (Figure 1). When the relationship was still ongoing, it was still non-cohabiting in 4 out of 10 cases after three years, and in only one quarter of cases after six years. Ultimately, 22% of relationships where each partner lived separately in 2005 were still ongoing with the same partner in 2008, a proportion that fell to 12% in 2011. By comparison, 94% of those in a cohabiting couple were still living together after three years and 88% after six. Living apart together, therefore, is a short-term arrangement, both in form (many people move in together) and in substance (even more people break up).

However, the partnership trajectory of non-cohabiting partners is closely related to the various life-cycle phases (Figure 1). Between 2005 and 2008, the proportion of relationships where the partners continued to live apart was higher for older respondents (6% for the 22‒27 age group, up to 50% for ages 53‒79), with the exception of the 18‒21 age group, among whom a larger proportion were still living apart (17%) than in the 22‒40 age group. Moving in together requires financial resources and a commitment to a lasting relationship. Altogether, after three and six years, moving in together was most frequent among 22‒27-year-olds (roughly one non-cohabiting respondent in two), an age range that includes the mean age at first cohabitation and where the desire to have children becomes more focused. Conversely, moving in together is particularly rare among the 53‒79 age group: fewer than 10% after three years and 12% after six.

The survey enables us to describe the partnership trajectory of people in a non-coresidential relationship according to certain characteristics. Past conjugal history appears decisive. Between 2005 and 2008, only 16% of never-married respondents were still in a non co-residential relationship with the same partner, compared with 40% of divorcees and 58% of the widow(er)s. Conversely, moving in together is much less frequent for widow(er)s and divorcees (about one in seven) than for never-married individuals (more than one third).

After widowhood, living in separate households allows people to experience a new romantic relationship without “betraying” the memory of the deceased spouse. In addition, some widows and widowers wish to stay in their own home, to which they are strongly attached in terms of memories, possessions or local community ties (Caradec, 1994). After a separation, new partners may live apart in order to avoid repeating past errors, such as reverting to unsatisfactory domestic arrangements. Maintaining residential independence is also a precautionary measure: in case of a new separation, everything does not have to be rebuilt (Villeneuve-Gokalp, 1997). Furthermore, parents may want to avoid imposing a step-parent on their children from a previous relationship.

Although non-cohabitation is more frequent among the most qualified, the high cost of maintaining two separate dwellings or the desire to have children often leads to moving in together. Although intimate non-cohabiting relationships are common in cross-sectional terms, they are rarely the result of a strong desire to maintain one’s independence indefinitely and, in practice, they are most often a transitional arrangement. Among the youngest, a non-coresidential relationship represents either a preliminary to cohabitation or a conjugal experiment that often leads to separation and a new relationship, whereas among older adults it is a much more lasting and desired form of coupledom.

¹ The “Pacte civil de solidarité” was introduced in 1999 to offer a new legal form of union for couples who did not wish to marry and for same-sex couples who were previously not allowed to form a civil partnership.

² Carried out between 2005 and 2011, the survey entitled “Étude des relations familiales et intergénérationnelles / Generations and Gender Surveys (Érfi-GGS)” was conducted among approximately 10,000 women and men aged 18-79 (first wave): . For people not living with a spouse, the respondent was asked ”Do you currently have an intimate stable relationship with someone you’re not living with?” The follow-up of the same respondents three and six years later provided an opportunity to study the partnership trajectories according to their characteristics. For more details, see Régnier-Loilier (2016).