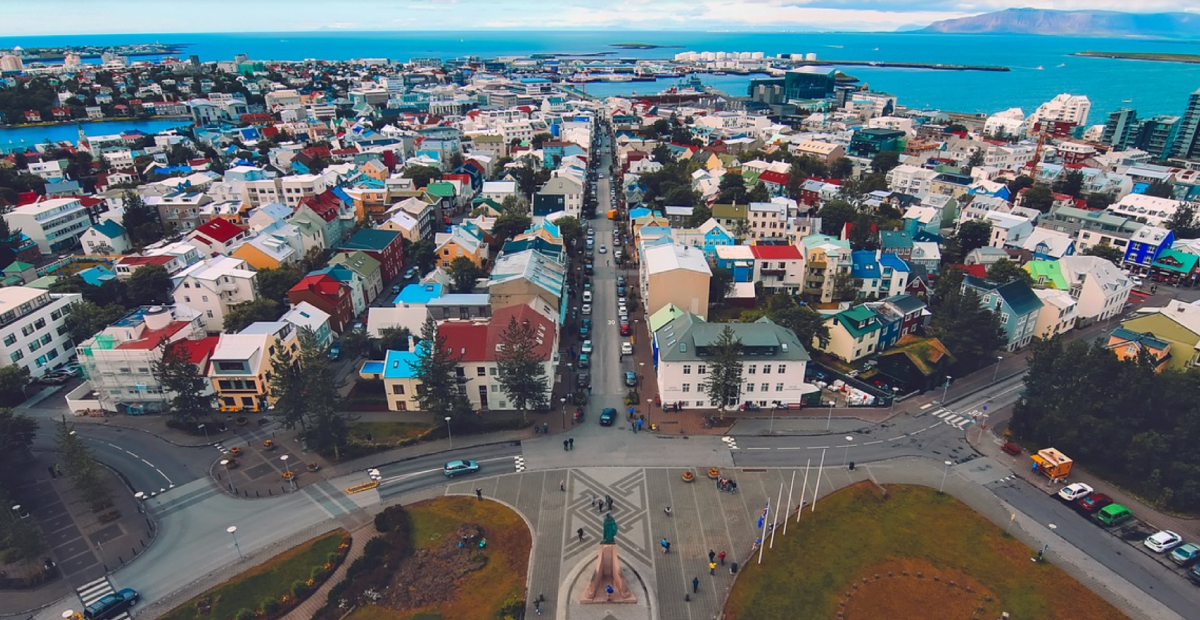 In European demography, Iceland has been an outlier until recently, with a fertility rate well above that of most countries on the continent. Between 1982 and 2014, the Icelandic total period fertility rate (TFR) ranged between 1.9 and 2.3 children per woman (Figure 1).
Lately, however, in the aftermath of a major economic crisis, Iceland has experienced a marked fertility decline: in 2015, the TFR fell below 1.9 for the first time and in 2016 it declined even further to 1.75. This all-time low in the country’s history is still above the European average, however. The relatively high and previously stable fertility is interesting in light of the high female labor force participation rate in Iceland (80%), the many societal and family-related changes that have occurred in the last three decades, and the concurrent postponement of family formation that elsewhere caused a sizable decrease in the TFR.

Iceland is a modern and rich country, with a population of about 340,000, and an annual per capita GDP of around USD 60,000. The country is a vanguard in terms of childbearing outside of marriage, with roughly two in three children born out of wedlock. Nevertheless, the majority of children are born in co-residential unions due to the large proportion of people living in non-marital cohabitation. This does not mean that marriage is extinct. Annually, the number of marriages per 1,000 inhabitants is around 4-5; about one-third of marriages end in divorce (Statistics Iceland 2017).

Iceland is remote: the island is located in the middle of the North Atlantic Ocean, some 1,000 kilometers from the nearest coast of Scandinavia. This has not prevented immigration to the country, mainly driven by labor market needs. In the last 20 years, the proportion of immigrants has increased from around 2% of the population to 11% (Figure 2)  – with growth largely driven by Polish nationals entering the workforce.

Iceland is one of the most gender-egalitarian countries in the world. It is commonly grouped together with its Nordic neighbors: Sweden, Norway, Denmark, and Finland, as belonging to the same welfare state regime, which, in relative terms, promotes high standards of equality with regard to social rights, state services, and benefits to its citizens. Iceland’s family policies are constructed to allow parents to combine work and family, and are designed to increase gender equality. Iceland has thus implemented a universal parental leave scheme, including employment security after childbirth and earnings-based benefits, targeted at fathers as well as mothers by assigning one third of the leave to the father, one third to the mother, and one third as a joint entitlement. The municipalities provide highly subsidized childcare, and the state provides income-related benefits to families with children. Today, almost half of all one-year-olds and around 95% of children aged 2-5 are enrolled in childcare.

Many demographic studies have shown how increased educational attainment among women entails postponement effects on marriage and parenthood. This also appears to be the case in Iceland where the absolute number of female university students has roughly quadrupled in the last thirty years. However, contrary to expectations, this trend at the individual level did not result in a fertility decline at the aggregate level. Why?

In a recent paper (Jónsson 2017) I show that two factors have played a crucial part in mitigating the expected depressing effect of this development on fertility: fertility “recuperation” at older ages and ‘positive’ developments in higher order birth intensities.

Over the last three decades, women have postponed motherhood by approximately four years, and the propensity to become a mother has declined, especially for women in their early and mid-20s, as one would expect in a period of increasing educational attainment and postponement of family formation. However, and unlike in many other countries, there is no evidence of increased childlessness: about nine out of ten women still become a mother, regardless of the decade (Figure 3). The decline in first-birth intensities at the early ages has thus been paralleled by increases for women in their 30s and 40s: an indication that fertility recuperation is taking place.

Between 1982 and 2013, the standardized second- and third-birth rates have fluctuated around remarkably stable averages of progression to parities two and three: estimates show that almost nine out of ten one-child mothers had a second child, and two out of three two-child mothers a third child. Besides, in the post-2000 era there was a change in tempo with regard to having a second and a third child, and the interval between births decreased.

If we look at the gender composition of a couple’s children, we find that mothers of a boy and a girl have the lowest ‘risk’ of giving birth for the third time. On average, over the period 1982-2013, mothers of two girls had a 10% higher risk of having a third child compared to mothers of a boy and a girl, while mothers of two boys had a 14% higher risk of third birth. If the gender composition of one’s children were not a decisive factor when deciding whether to have a third child, there should be no difference between mothers of two boys, two girls, or a boy and a girl. In short, the data reveal that Icelanders prefer to have children of both genders (and try particularly hard to have at least one daughter), as already observed in the “neighboring” Scandinavian countries (Andersson et al. 2006, 2007).

It is not unlikely that the timing of policy reforms has helped stabilize fertility trends and even helped increase fertility in Iceland (Jónsson 2016). There are indications of period effects in the late 1980s to the early 1990s, and also during most of the 2000s, which partially correspond to the timing of reforms made to childcare policies in Iceland. The predecessor of the current parental leave legislation was reformed in 1987, when leave was gradually extended from three to six months, and a long-term decline in the TFR, which reached a low point in 1985-1986, came to a halt. During the 1990s and 2000s, reforms were made to the publicly run day-care provisions for children, and a new parental leave legislation extended the leave to nine months and linked benefits to income (Eydal and Gíslason 2014). However, whether, and to what extent, certain family policies may have affected childbearing behavior are questions that await more detailed examination. The same applies to the potential effects of the economic crisis that hit Iceland in 2008. The crisis is likely to have affected behavior in the most recent years of observation – depicted by the declining birth intensities after 2010 (Figure 4) and the continued decline in the TFR in subsequent years (Figure 1). Why fertility did not decline sooner, and why it has not yet recovered during the recent economic upswing (Figure 2), remain unanswered questions, for now. Iceland may well have lost forever its leading role as a high-fertility country in the European context.

Sex preferences for children and childbearing behavior in the Nordic countries.” Demography, 43 (2): 255-267.

Jónsson Ari Klængur (2016) “Fertility at the dawn of a new millennium: The interplay of family policy, economic crisis and childbearing in Iceland” Stockholm Research Reports in Demography 2016:22.

Nordic Statistics (2017). The Statistical database of the Nordic Council