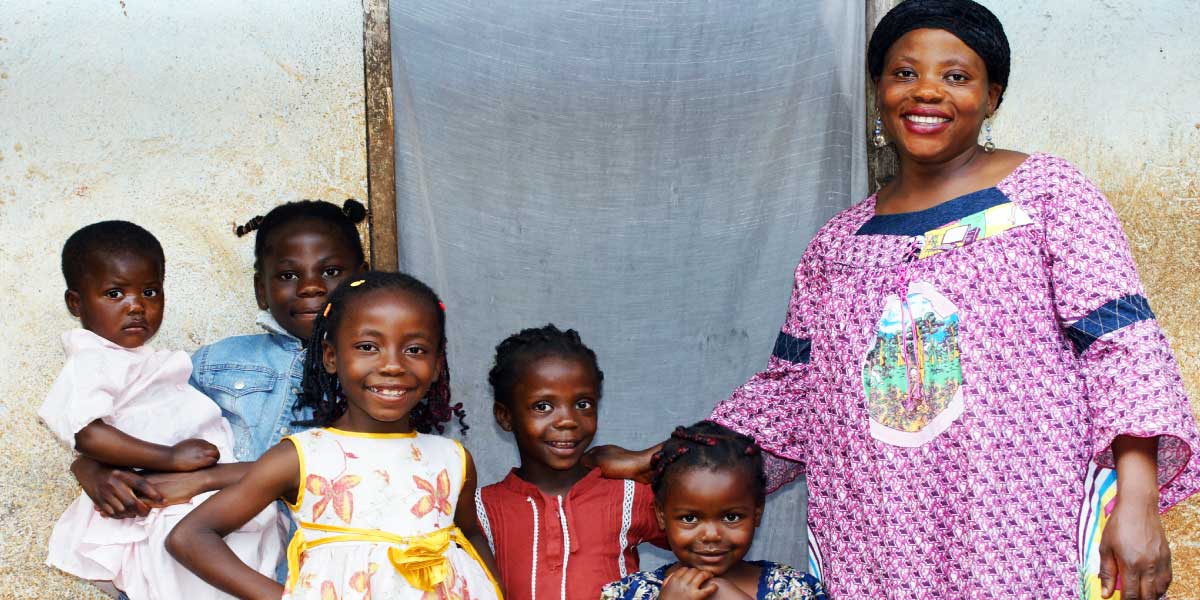 The ratio of males to females at birth is consistently lower in sub-Saharan Africa than in other regions of the world. Anne Morse and Nancy Luke suggest that this pattern may be driven by high rates of foetal loss that disproportionately affect male foetuses and could signal underlying poor maternal health.

The sex ratio at birth is lower in sub-Saharan Africa than in other regions of the world. That is, fewer sons are born than is naturally expected. There has been little research on these “missing boys” compared to the opposite phenomenon of “missing girls” in many Asian nations. In India and China, for example, fewer daughters are born than sons, which generally results from selective abortion of female foetuses. In contrast, foetal loss (spontaneous miscarriage) could be driving the pattern of “missing boys” and low sex ratios at birth in sub-Saharan Africa (Morse, Luke 2021).

The sex ratio at birth is normally around 105-107 males born for every 100 females. In sub-Saharan Africa, however, it is around 103-104 males for every 100 females. Some populations dip even lower; in Rwanda, for example, the ratio is 101-102:100 (UNPD 2019). Although these differences may seem small, when applied to a sizeable population, they translate into large numbers. Given the number of births in sub-Saharan Africa each year, the difference between a sex ratio at birth of 103:100 and 106:100 is approximately 250,000 male births every year.

Research from the biological sciences shows that—on average—male foetuses are more likely to be miscarried than female foetuses when the mother faces severe stress which could compromise the pregnancy. This research is compatible with an anthropological theory which explains that—from an evolutionary perspective—sons are high-risk-high-reward children while daughters are low-risk-low-reward: a highly successful son can result in many more grandchildren than a highly successful daughter. Yet, unsuccessful males are much more unsuccessful than unsuccessful females (they are more likely to die before producing any children at all). From an evolutionary perspective, when a mother’s health is on the margins, it is better to avoid giving birth to a high-risk boy child.

As such, studies have documented declines in male births following traumatic events, such as earthquakes or terrorist attacks (Fukuda et al. 2019; Catalano 2006), or resulting from longer-term distress, such as during famines or food shortages (Song, 2012).

Given the link to maternal stress, some scientists have labelled a low sex ratio at birth in a population as a “sentinel health indicator” (Grech and Masukume, 2016). We continue this line of work to see if low sex ratios at birth in sub-Saharan Africa could be explained by foetal loss.

To study the connection between foetal loss and the sex ratio at birth, data on women’s experience of foetal loss are needed. Measuring foetal loss at the individual level is extremely difficult, however. Surveys that ask women to report spontaneous miscarriage produce unreliable information, since many losses occur without the mother’s knowledge or before pregnancy has been recognized. Large-scale clinical studies that track the outcomes for pregnant women over time would be enormously expensive.

Our idea is simple and inexpensive: we looked at the time between women’s first and second births (the second birth interval) as an indication of foetal loss. All else equal, a foetal loss adds time to a birth interval because a second conception must take place. As intentional spacing of births due to contraceptive use leads to longer birth intervals, we used data from women in 17 sub-Saharan African countries who were not using any method to limit or space their births. We assumed that longer second birth intervals indicated foetal loss, possibly due to stress, and hypothesized that they would be associated with a higher probability of subsequent female birth.

Our findings support the view that foetal loss could be driving the pattern of “missing boys” and low sex ratios at birth in many sub-Saharan African countries. Although we did not study the precise types of maternal stress that produce such high levels of foetal loss, it is likely that chronic conditions (such as malnutrition or lack of adequate prenatal care) or shorter-term stressors (such as armed conflicts or forced migration) lead to widespread maternal stress in these countries. Policies and programmes should aim to improve maternal health before and during pregnancy to reduce high rates of foetal loss.

Grech, Victor, and Gwinyai Masukume. 2016. “The sex ratio at birth in South Africa may be a sentinel health indicator.” Early human development 103: 225-227.