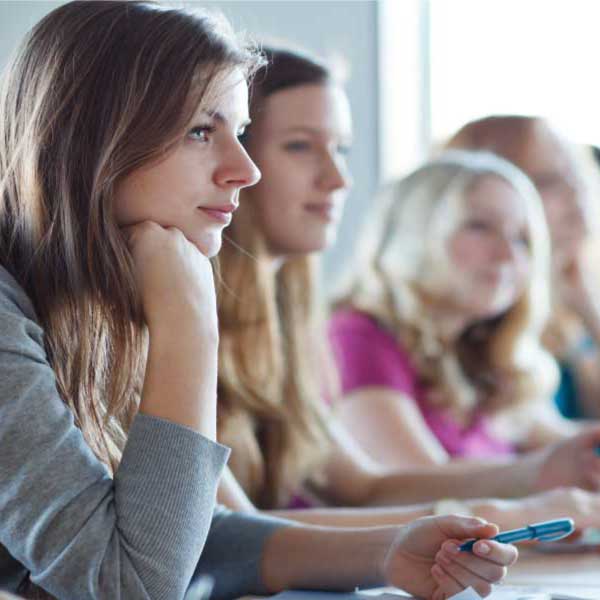 As women’s levels of education increasingly overtake those of men, educational hypergamy (male educational advantage in a relationship) is declining throughout Europe, as Dávid Erát shows.

The study of who marries whom stems from a very simple observation:individuals do not date, move in together, or marry each other randomly: they aim to select others based on their preferences (Kalmijn 1998). While there are certainly a large number of possible criteria, selection based on socioeconomic attributes (such as education, income, occupation, and wealth) is believed to be among the most important, as it affects future well-being and status.

While theories are divided on whether men and women seek out a partner with higher, lower, or equal status (Becker 1981; Oppenheimer 1997), there is a simple limiting factor of partner selection – the available number and characteristics of potential partners. Of course, the constraints on this so-called relationship market affect the opportunities for interaction (Blau 1977), and union formation. As the educational level of women has increased considerably in Europe, their relative socioeconomic position in heterosexual partnerships has changed, and this has restructured the relationship market (Esteve, García-Román and Permanyer 2012, Vincent-Lancrin 2008).

In a recent study, I tried to assess how women’s access to higher education altered the relationship market, and the degree to which the decline of hypergamy (the male educational advantage in a relationship) was associated with this change in 27 European countries (Erát 2021).

Figure 1 shows the difference in the proportion of women and men with a completed tertiary education in each examined nation. Considering the 27 countries together, a minor female disadvantage in older cohorts (born before 1954: –3.3%) turned into a noticeable advantage in the youngest ones (born after 1979: +8.9%). In some nations, such as Poland, Estonia and Slovenia, this female tertiary advantage is near or above 20%.

I also calculated the probability that in a randomly chosen male-female dyad, the woman has a higher level of education (following Esteve et al. 2016). This index of the female educational advantage (shortened to F-index), which is not limited to tertiary education, offers a fuller picture of just how the relationship market has altered over time (Figure 2).

With 0.5 indicating equal probability of hypo- or hypergamy, the female educational advantage in Europe as a whole increased from 0.45 to 0.58 in the examined periods; a randomly chosen woman is now more likely to have a higher level of education than a similarly picked man. In 15 countries out of 27, the F-index is 0.60 or above, with Slovenia leading the pack (0.69).

The decline of educational hypergamy

The trend is similar everywhere. By the end of the examined period, there were more individuals in hypergamous unions in 23 out of the 27 selected nations, with Austria, Switzerland, Germany and Slovakia still lagging behind.

Figure 4 combines the measures presented above. Data points represent the female educational advantage and the prevalence of hypergamy for all periods and countries, while the colours of the points represent the difference in the proportion of tertiary educated women and men. The message is clear: with women’s rising tertiary participation, their educational advantage has increased, and associated with this, the number of hypergamous unions has decreased.

This process has several implications. For instance, it affects the trends of separations and divorces, as some scholars have conjectured that female-led unions may be more likely to dissolve (Becker 1981). In a more general sense, some research has also suggested that the decline of hypergamy might change gender norms, resulting in a more gender-egalitarian society (Esteve et al. 2016).

Erát, D. (2021). Educational assortative mating and the decline of hypergamy in 27 European countries: An examination of trends through cohorts. Demographic Research 44: 157–188.