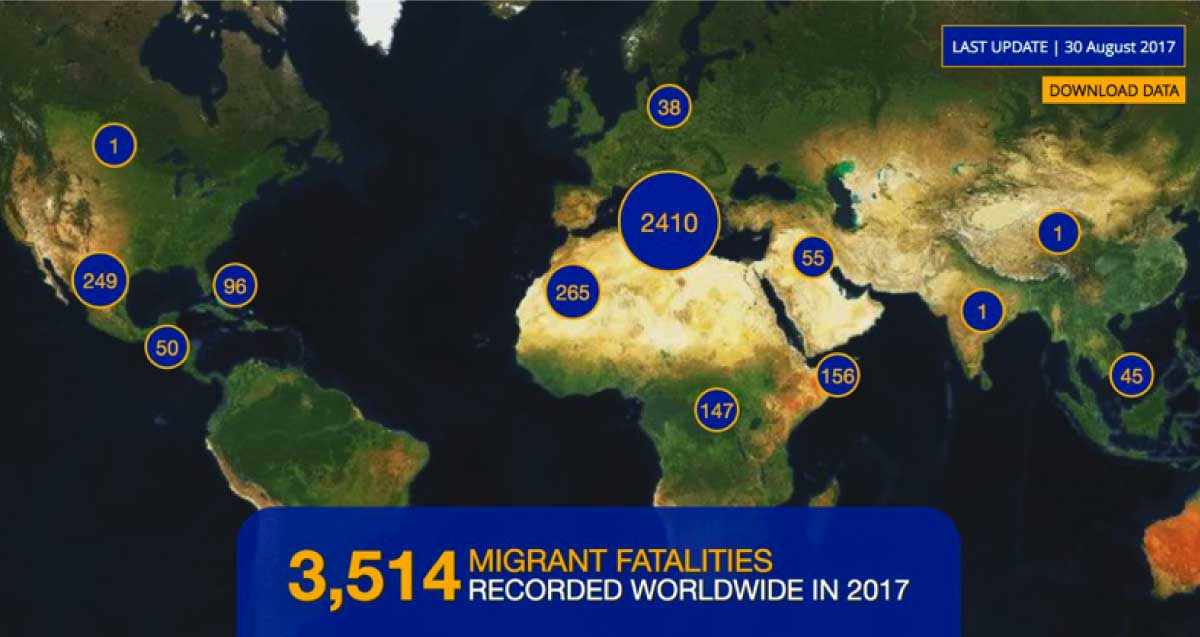 During the first eight months of 2017, the UN migration agency (IOM) recorded 3,514 deaths and disappearances of international migrants were worldwide. The Mediterranean continues to account for the vast majority of deaths recorded globally. Since 2014, nearly 15,000 migrant deaths and disappearances have been recorded, with 5,143 in 2016 alone – the highest number recorded since at least the year 2000.