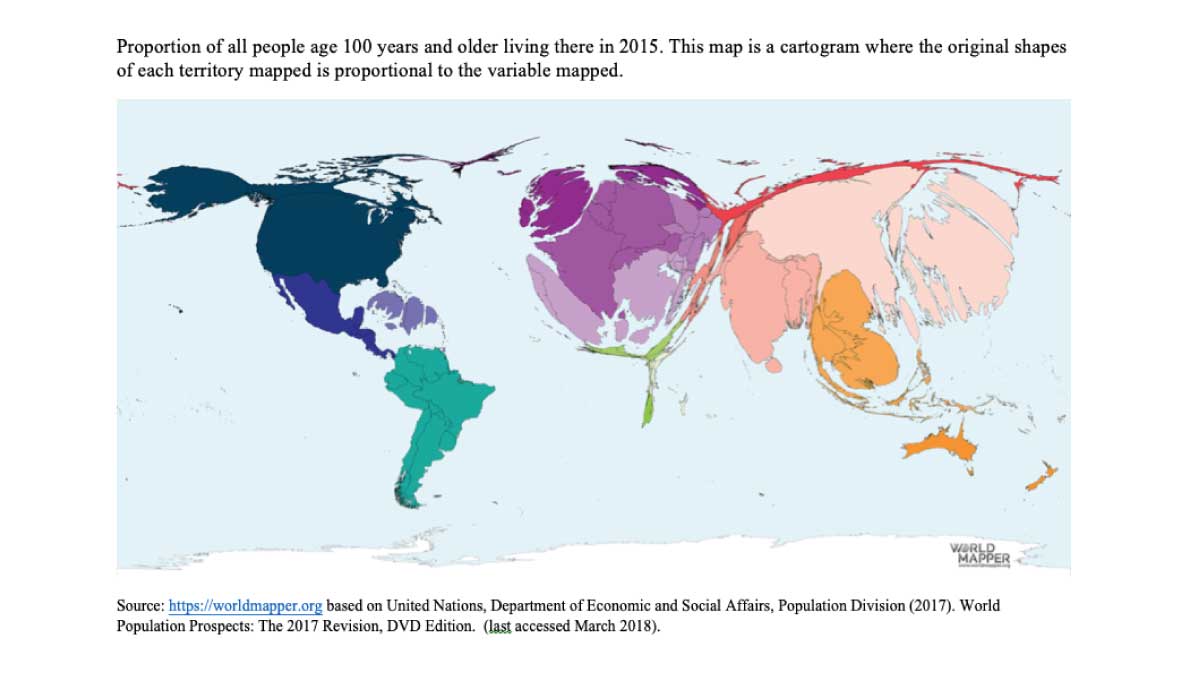 In 2015 there were about 417,000 individuals aged 100 and over worldwide more than four times as many as in 1990, according to United Nations estimates. This figure is expected to increase to 3.7 million centenarians across the globe in 2050. China is expected to have the largest centenarian population, followed by Japan, the U.S., Italy and India.