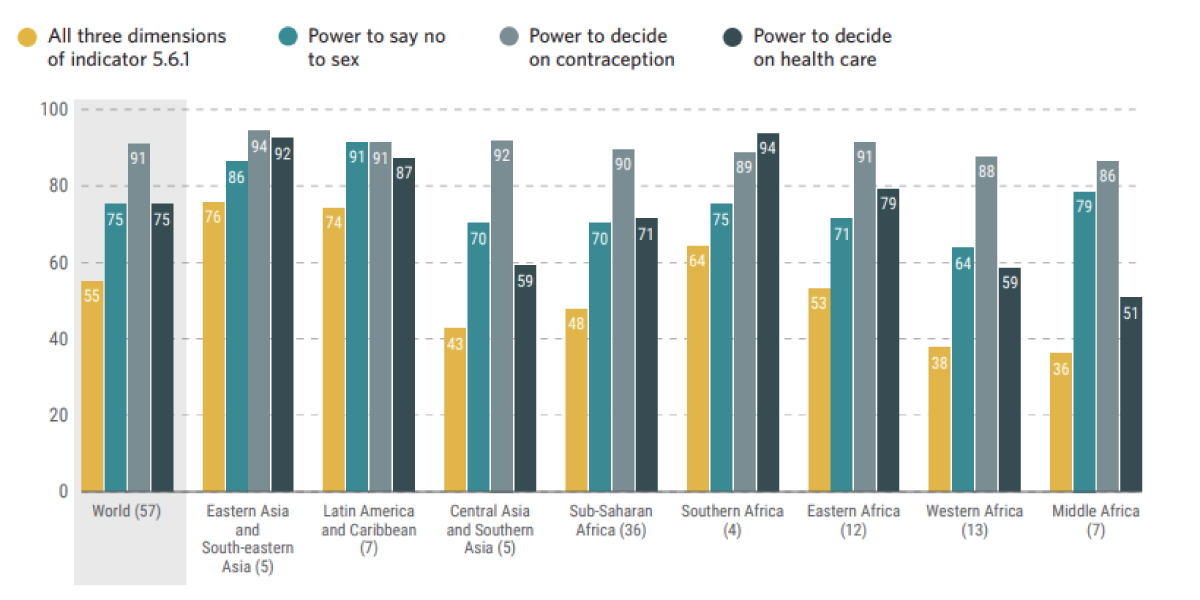 Proportion of women aged 15 to 49 years who make their own decisions regarding sexual and reproductive health and rights (including deciding on their own health care; deciding on the use of contraception; and can say no to sex), by SDG region, most recent data 2007–2018

Nearly half the women from 57 developing countries do not have the right to decide regarding their bodies including using contraception, seeking health care, or even on their sexuality. Percentages vary across regions. For example, while 76 per cent of adolescent girls and women in Eastern and South-eastern Asia and Latin America and the Caribbean make autonomous decisions in all three dimensions, this figure is less than 50 per cent in sub-Saharan Africa and Central and Southern Asia.