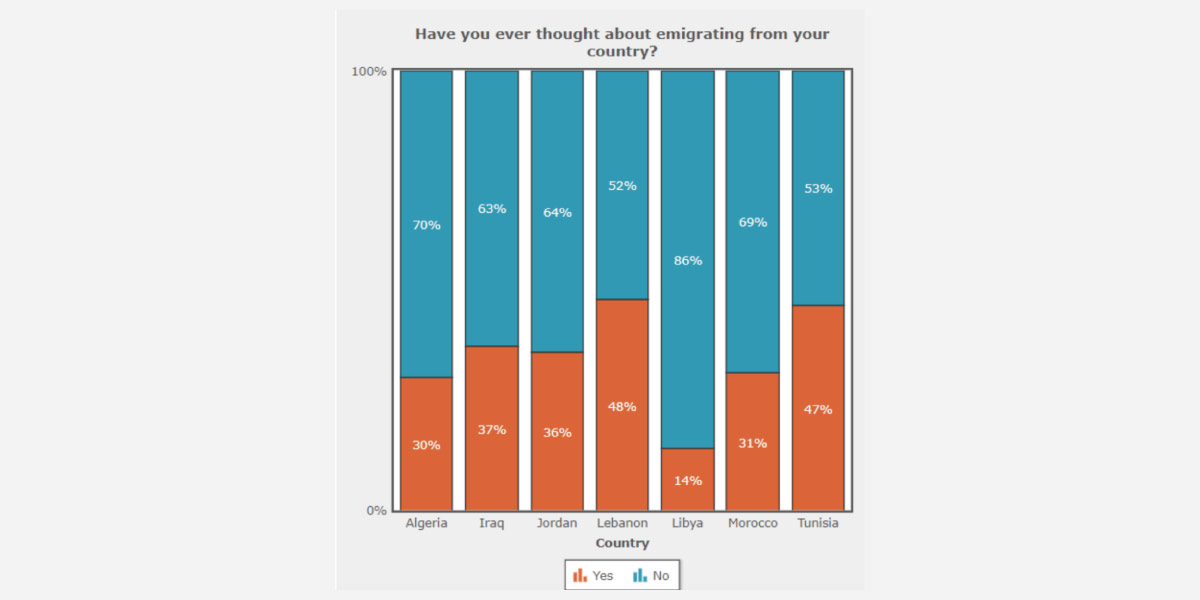 Across the Middle East and North Africa, more than one-in-three citizens (35%) are considering emigrating from their homeland. This level represents a dramatic increase since 2016, which ended a long-term decline in the percentage of citizens who considered migrating. Citizens are more likely to want to leave if they are young, well-educated and male.