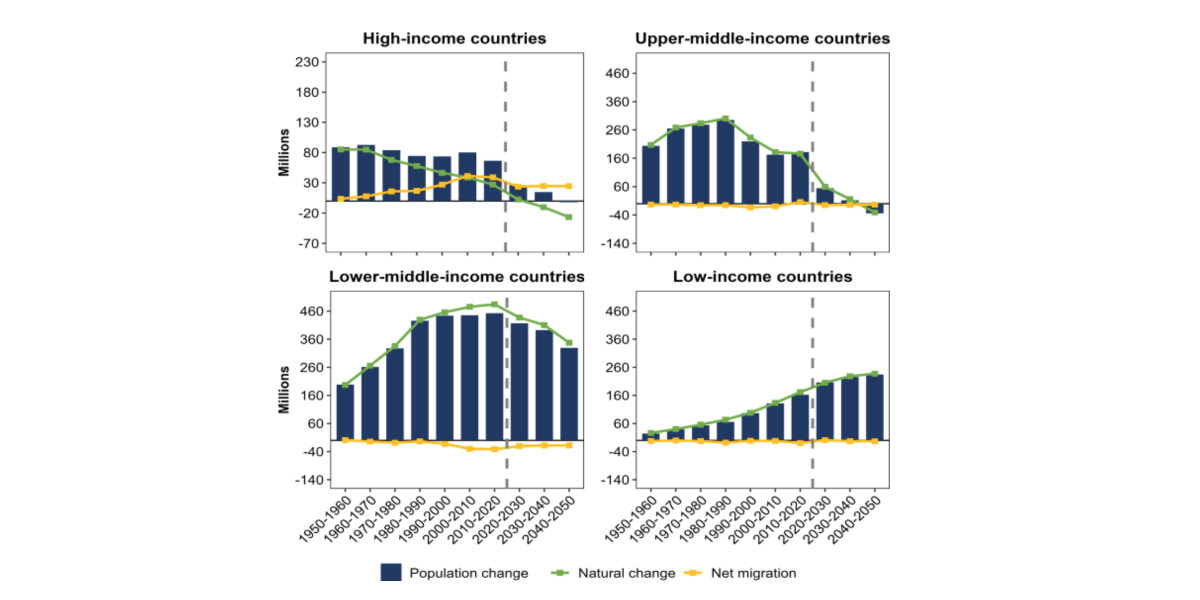 Contributions to total population change of the balance of births over deaths and of immigration over emigration, by income group, from 1950-60 to 2040-50.