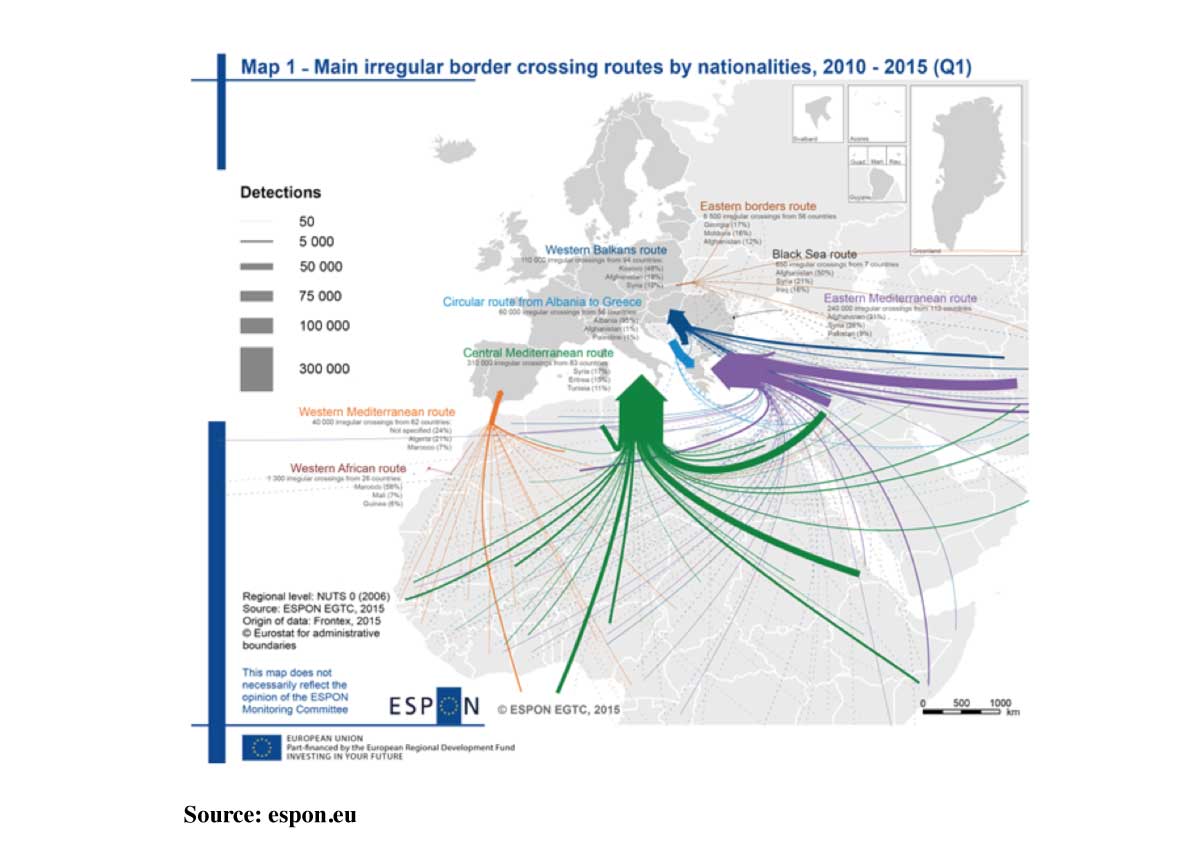 There are four main migration routes to the EU and three of them involve the Mediterranean area. According to EU border agency Frontex, the Eastern Mediterranean route has had the biggest increase in the last year, largely due to an influx of Syrian and Afghan migrants, becoming first route in terms of number of illegal border crossing in the first two months of 2016.