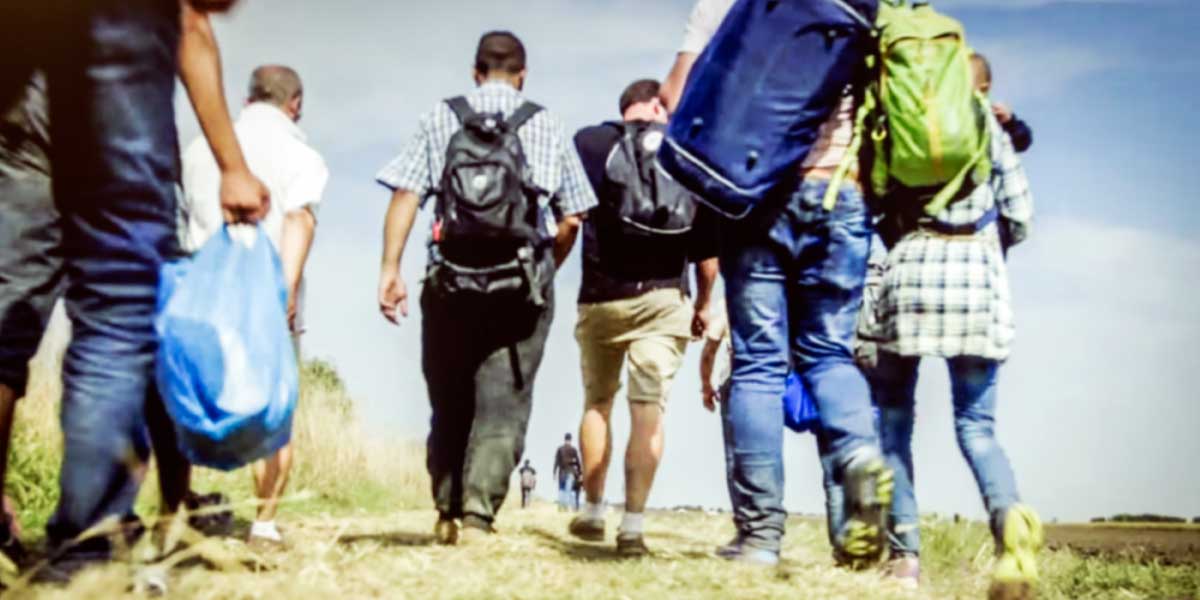 The apparent lower mortality of international migrants has sometimes been questioned, because data quality may be a serious issue in this case. However, deeper investigation into the matter by Matthew Wallace and Ben Wilson reveals that while data are indeed perfectible(even in Sweden!), international migrants do enjoy lower death risks than natives.

International migrant populations are some of the most mobile populations in the world, making it difficult to accurately determine their numbers in host countries and their outcomes relative to the locally-born population. This is because many host country systems are not equipped to capture the moves of migrants into and, particularly, out of their countries. If migrants leave a host country and an exit is not recorded, they continue to exist in host country databases even after they have migrated elsewhere. This issue is known as ‘over-coverage’. It can lead to downward bias in the denominators of any rates that we might calculate, as we think that there are more migrants in a host country than there truly are. For outcomes like mortality, over-coverage can also impact the numerator of our rates as not only have migrants exited –while potentially remaining as ‘residents’ in host country data systems – they might well have died elsewhere. This often leads to concerns about whether mortality estimates of migrants can be trusted.

In a recent article investigating the impact of over-coverage on the mortality of migrant populations in Sweden between 2010 and 2015, we built upon the intersection of two recent findings (Wallace and Wilson 2021): first, over-coverage is highest at peak migration ages (ages 15-39), and second, migrant mortality is lowest at these same ages. This led us to wonder whether higher levels of over-coverage at young adult ages are actually driving the lower mortality of migrants at these ages. To answer this question, we used a survival analysis of Sweden’s population registers.

The case of Sweden (consistent with others: U.S., U.K. and France)

As shown in Figure 1, we found a distinct ‘U-shape’ of migrant mortality over age among Sweden’s migrant population. A similar pattern has recently been documented for the migrant populations of the US, the UK, and France (Guillot et al2018), with mortality among migrants relative to the locally-born populations forming a U-shape of lowest-low mortality around peak migration ages. This advantage then disappears, or is reversed, for older migrants, most notably in Sweden. Examining the impact of over-coverage on this ‘U-shape’ of advantage, we found that levels of over-coverage were indeed highest at peak migration ages. We also found that, at some ages, over-coverage may account for a sizeable share of the migrant mortality advantage. Crucially, however, over-coverage in isolation does not explain this lower relative mortality.

For specific origins, both the age-specific pattern of mortality and the impact of over-coverage vary. For example, we found the characteristic U-shape of mortality in some groups (such as Asia, the Middle East, and Central & Eastern Europe) but not in others (such as Finland and the other Nordic countries). Additionally, the impact of adjusting for over-coverage is larger in some groups (such as other Western and other Nordic countries) and much smaller in others (such as the Middle East and for Central & Southern America). Again, however, over-coverage alone does not explain the age variation we observed in the origin-specific mortality analysis.

The lower mortality of international migrants is genuine

Ultimately, we concluded that the unique mortality patterns of international migrants, and in particular their characteristic age profile of mortality, could not be explained by over-coverage, an important potential source of bias in studies that involve migrants. We pointed to migrants born in the Middle East, an origin group that combines the characteristic U-shaped mortality advantage with lower levels of over-coverage, as providing the most reliable evidence to date that the lower mortality of international migrants is genuine.

Given the marked age variation in migrant mortality patterns, we also highlighted the need, where possible, to adopt an age-specific perspective in studies of migrant mortality. Migrants from Central & Eastern Europe exemplify this call, as while young adult migrants in this group have a mortality advantage over the native-born population of Sweden, older migrants have a large disadvantage. We also highlighted migrants from Finland to show that not all migrant groups have an advantage over the native-born population of Sweden. Finnish migrants have a near systematic disadvantage in their mortality levels over age, which are actually underestimated because of population over-coverage.

Research on migrant mortality should refocus attention away from data-related explanations of the advantage and toward understanding the substantive processes that might explain its existence, and the combinations of mechanisms that may result in the absence, reversal, or tapering of these relative advantages with age (see also Ichou and Wallace 2019, Wallace 2019, Wallace and Wilson 2020). Some combination of selection and adaptation is probably at work here, but this is a subject that requires separate investigation.