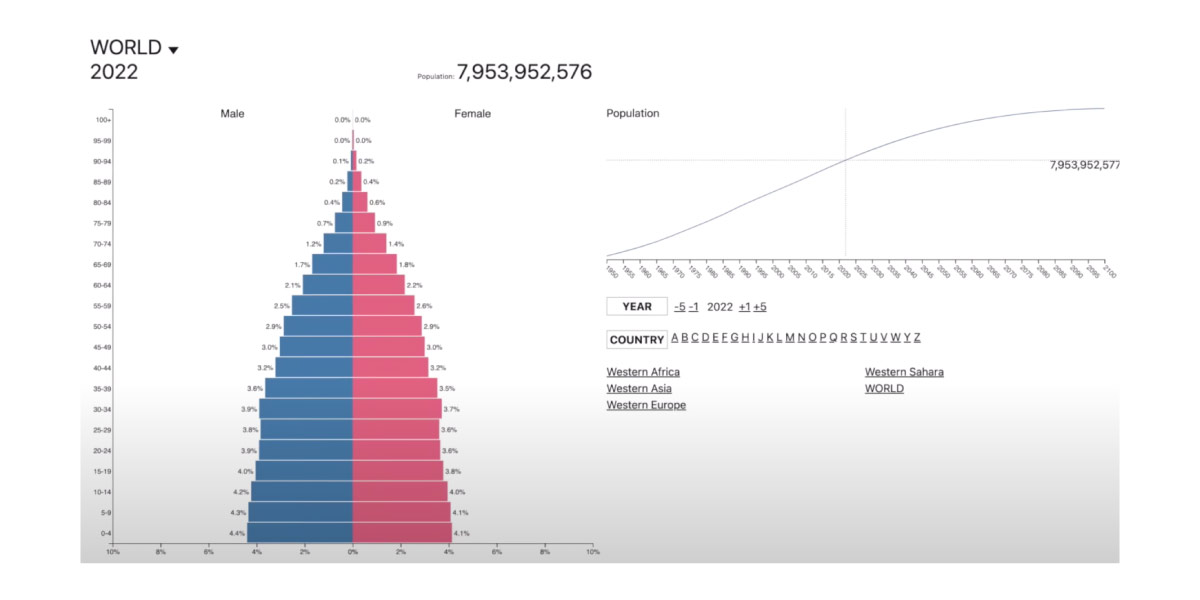 A population pyramid is a way to visualize two variables: age and gender. They are used by demographers, who study populations. A population pyramid is a graph that shows the distribution of ages across a population divided down the center between male and female members of the population. It is a very simple concept yet it is incredibly informative. The pyramid shape for your country is often determined by the region of the world you live in as well as any external factors that may have influenced your country’s population. The shape of the pyramid tells us a story without even knowing which country’s pyramid you are looking at.  You would likely be able to predict the region of where that country is in the world just by looking at its pyramid.
Source: The Geography Bible