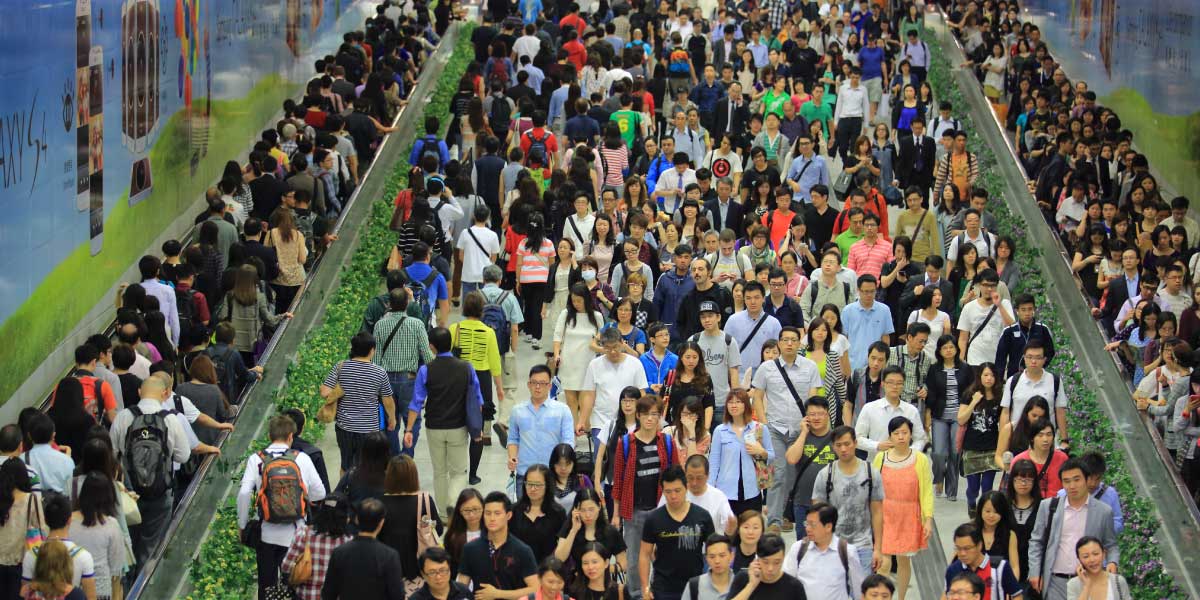 Results from 2020 population censuses for the United States and China made headlines about population collapse, baby busts and demographic decline. Lopsided lamentations have given little attention to the social, economic and environmental benefits of slower growth. Joel E. Cohen and Joseph Chamie argue instead that the slowdown in population growth signals successes and benefits for America, China, and the Earth.

Results from the 2020 population censuses in the United States and China recently made headlines. But rather than recognizing the social, economic, environmental and climatic benefits of slower rates of population growth for the U.S., China and the planet, much of the print and broadcast media in the U.S. stressed the downsides of slower growth and chose to write about population collapse, baby bust and demographic decline.

The U.S. population increase of 7.4 percent from 2010 to 2020 was the second lowest rate of growth since the country’s first census in 1790, and half the typical growth rates since 1790. Only during the Great Depression of the 1930s did U.S. population grow more slowly, by 7.3 percent. Even slower rates of growth are expected in the coming decades (Figure 1).

China’s population grew 5.3 percent in the decade ending in 2020, the lowest decadal growth rate since the catastrophic famine of the late 1950s. India projects for 2011-2021 its lowest decadal rate of population growth, 12.5 percent, since its independence.

Lopsided lamentations have focused on the downsides of slower population growth. For example, some commentators who favor more rapid U.S. population growth contend that Americans would like to have more children than they are presently having. However, while this is the case for some American couples, others want fewer children. In 2011 (the latest available year), of the 6.1 million pregnancies in the United States, 1.6 million (27 percent) were mistimed and 1.1 million (18 percent) were unwanted at any time. Of all U.S. pregnancies in 2011, 45 percent were not intended (Guttmacher Institute 2019).

Some public handwringers maintain that a large population size aids the United States’ competition for economic and geopolitical dominance with China. But the mercantilist view that there is strength in numbers alone is obsolete by centuries. A large or rapidly growing population is hardly necessary or sufficient for prosperity.

Some advocates of more rapid population growth argue that it would permit more people who want to migrate to the U.S. to do so. About 158 million adults in other countries would like to move and settle permanently in the U.S., according to the Gallup poll in 2018 (Esipova, Pugliese and Ray 2018). Would the U.S. willingly accept many or most of these would-be migrants?

More rapid population growth, especially through increased immigration of working-age adults, would temporarily ease the pressures on pay-as-you-go public programs for the elderly, particularly Social Security and Medicare in the U.S., by broadening the country’s tax base. But there’s a catch: in the future, those additional workers would retire, requiring additional workers to broaden the tax base again for the retiring workers. This demographic expansion would need to continue indefinitely.

Worries about impending demographic doom for the U.S. seem decidedly misplaced. The United Nations (2019) projects that the populations of 55 countries or areas will decrease by 1 percent or more between 2020 and 2050. China’s population is projected to fall by almost 3 percent, Italy’s by 10 percent and Japan’s by 16 percent (Figure 3). By contrast, the population of the United States, currently at 333 million, is projected to grow by nearly 14 percent, largely through immigration, to 379 million by 2050.

The world’s population growth rate peaked in the 1960s and is falling in most regions except sub-Saharan Africa, which is the last major region to go through the demographic transition from high rates of mortality and fertility to relatively low rates. Whereas the U.S. population increased nearly four-fold during the 20th century, it is expected to increase by roughly 50 percent in the 21st century.

The United States and many other countries, including China, face real population challenges, but not principally slower population growth or even gradual population decline. These include addressing the needs of a rapidly aging population, managing cities and economies in recognition of climate change and environmental degradation, regulating and responding to migration, enabling people to have the children they want through reproductive health care and child-care support, and maintaining competitive technological change with better investments in education and worker training.

As COVID-19 has clearly demonstrated worldwide, real population challenges include protecting people against future pandemics and raising the value placed on today’s children, who are tomorrow’s problem solvers. In 2021, 22 percent of all children under age 5 years were stunted from chronic undernutrition (UNICEF, WHO, World Bank Group 2021), despite record cereal production globally (FAO 2021).

The global slowdown in population growth rates is not a transitory demographic problem: it signals important durable successes. It has encouraging implications for climate change and the environment. Couples are having fewer children in an increasingly urbanized world while men and women pursue education, employment and careers and live longer than ever before.

It is time to recognize that slower population growth benefits America, China, and the Earth.

Esipova, Neli, Anita Pugliese and Julie Ray (2018) “More Than 750 Million Worldwide Would Migrate if They Could”.  10 December Gallup Poll