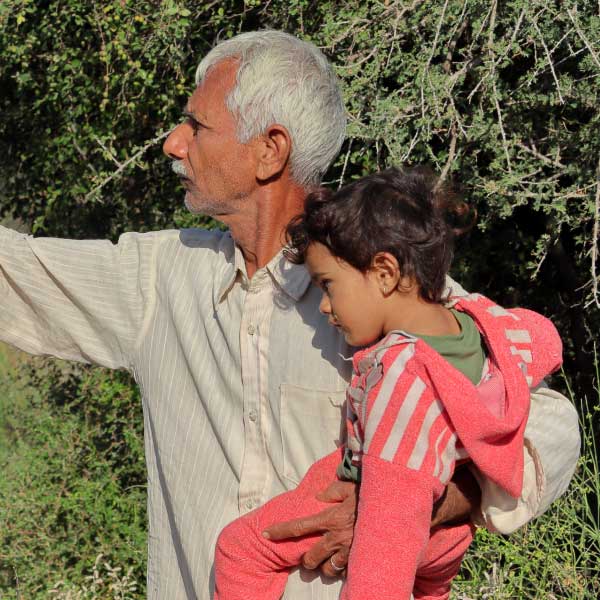 Zachary Zimmer and Emily Treleaven find a growing global prevalence of households that have grandparents living with grandchildren with middle generation absent. Country-level factors, like labor force participation rates, explain some of this trend, but much of the increase in skip-generation households may be the result of cultural and normative changes in household formation.

Recent observations of household structures across lower- and middle-income countries (LMICs) are suggestive of skip-generation households becoming more common. These are homes where one or more grandparent(s) live(s) with one or more grandchildren, with parents of the grandchildren absent. In many instances there are no other household members present, meaning the household consists solely of grandparents and their grandchildren. As support is often provided by the middle generation, this living arrangement may be consequential for young children and older persons in need of support (Nguyen, Yeoh and Toyota 2006). In a recent article, we systematically estimated prevalence and trends in skip-generation households across a range of LMICs, and macro-level factors contributing to these trends (Zimmer and Treleaven 2020).

Data are from Demographic and Health Surveys (DHS) in 49 countries that conducted at least two DHS surveys rounds between 1990 and 2016, at least five years apart, with the most recent occurring during or after 2004. Information about household members’ ages and relationships was used to identify skip-generation households. Prevalence of this type of household was examined for children under age 15 living with at least one grandparent but no other adults aged 15+, and adults aged 60+ living with at least one grandchild under 15, with or without a spouse, and no other adults aged 15+.

Figure 1 shows the proportion of children under 15 (left-hand side) and adults 60+ (right-hand side) living in skip-generation households in 49 countries at the time of the earliest and most recent DHS round included in our sample, with names of several exemplar countries indicated. A point directly on the dashed diagonal line indicates no change in prevalence. When points are above the line, the country experienced an increasing trend, and below the line, a decreasing trend. Most countries experienced an increase among both children and older persons, with relatively large increases in some countries, and a cross-country average that suggests an overall increase in the prevalence of skip-generation households. The cross-country average percentage of children under 15 in a skip-generation household increased from 1.7% to 2.4% from the earliest to the most recent DHS, and the percentage of adults aged 60+ from 5.4% to 6.7%.

What explains the rise?

Various macro-level socio-demographic and economic factors may be contributing to the increase in skip-generation households. For example, during the peak of the HIV/AIDS epidemic, adult mortality was high in many countries in Eastern and Southern Africa, and grandparents often became primary caregivers for young children (Hosegood 2009; Knodel, Watkins and VanLandingham 2003). Increasing migration for employment as a livelihood strategy in many LMICs, especially among women, may also result in young children being left behind in the care of relatives (Asis et al. 1995; Cortes 2015). Another factor may be the demographic transition that alters the ratio of children and older persons relative to those in working age, that is, the dependency ratio, resulting in increased availability of adults aged 60+ (Reher and Requena 2018). To assess the effect of these types of factors, multilevel regression models were run to adjust the probability of skip-generation households by a series of country-level predictors. Results indicated that, depending on the specific model, skip-generation households were likely to increase as a function of increasing AIDS-related death rates, increasing female labor force participation rates and increasing dependency ratios, and to decrease as a function of increasing gross national income. However, in the end, not much of the increase is explained by these macro-level predictors, indicating that other underlying factors are likely at work.

On balance, skip-generation households are increasing across LMICs, with the rise in prevalence being particularly large in a broad range of countries including Bolivia, Cambodia, Kenya, Kyrgyzstan, Zambia and Zimbabwe. Regression models suggest that some of this increase is explained by macro level socio-demographic and economic factors such as changes in the structure of the labor force, but results also likely reflect cultural and normative changes related to household formation around the world. This is clearly an important phenomenon, given that living arrangements may have beneficial or detrimental implications for children and older persons. For instance, demands placed on grandparents who care for grandchildren can be burdensome and may affect their physical health. Moreover, in some settings, children in skip-generation households have been found to be socioeconomically disadvantaged compared to children living with their parents (Baker and Mutchler 2010; Chen and Liu 2011).

In contrast, some evidence suggests grandparents in skip-generation households benefit psychologically, while children may benefit from economic support provided by migrating parents to their households of origin (Silverstein, Cong and Li 2006; Treleaven 2018). Therefore, understanding the prevalence, geographic distribution and consequences of skip-generation household formation can inform policy efforts that address the well-being of ‘left behind’ populations (Lam et al. 2013). Moreover, results may speak to the notion of ‘translocality,’ that is, individuals migrating while remaining economically and emotionally connected to their household of origin (Datta 2016; Greiner and Sakdapolrak 2013); families may be working together as units even when living apart.

Cortes, P. 2015. “The feminization of international migration and its effects on the children left behind: Evidence from the Philippines.” World Development 65:62-78.

Hosegood, V. 2009. “The demographic impact of HIV and AIDS across the family and household life-cycle: implications for efforts to strengthen families in sub-Saharan Africa.” AIDS care 21(sup1):13-21.

Treleaven, E. 2018. “The Diminishing Advantage of Skipped-Generation Households in a Migrantsending Context: Child Nutrition in Cambodia, 2000 to 2014.” in Population Association of America. Denver, CO.

Zimmer, Z.and E. Treleaven. 2020. “The rise and prominence of skip-generation households in lower- and middle-income countries.” Population and development review 46(4):709-733.