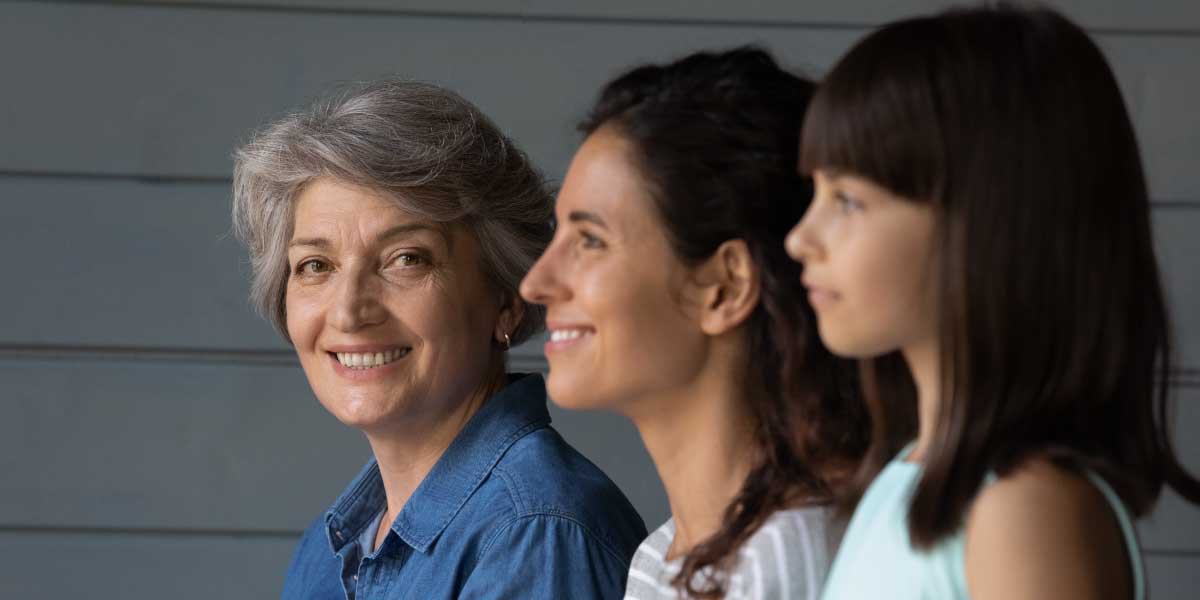 The concept of demographic transition is a century old, but there is still no consensus about its drivers. Wolfgang Lutz highlights a recent reassessment of the theory, which adds cognition – the degree of rationality in our choices and our perception of the world – as a third element, in addition to socioeconomic and proximate determinants.

The future of global population trends will greatly depend on progress in the universal process of demographic transition. Although the concept of demographic transition, introduced by Warren Thompson (1929) and Alfred Landry (1934), is almost a century old, there is still little consensus about what drives this progressive decrease in death and birth rates from high and largely uncontrolled levels to low and controlled levels. Many partial explanations exist in the literature, focusing on economic costs and benefits, social value changes, or (reproductive) health-related public policies.

In a recent book that attempts to reassess demographic transition as a theory with predictive power, I highlighted the importance of cognitive empowerment and abstraction skills associated with education as an essential factor in the onset of both mortality and fertility transitions (Lutz 2021). This book points at new evidence concerning the conditions of the first lasting mortality decline in Sweden and fertility decline in France: in both cases, rapidly increasing literacy among the female populations seemed to play a decisive role. In addition to individual-level cognitive empowerment, societal-level consequences of enlightenment also contributed to these behavioral innovations in the form of early public health measures in Sweden and general secularization in France.

A summary of global fertility and mortality declines around the world over the past half-century also leads to the conclusion that education can explain the trends better than any other driver. Figure 1 illustrates this by revisiting the “Preston curve” that plots life expectancy against GDP per capita for different periods, revealing strongly diminishing returns to income as well as an unexplained upward shift over time (Preston 1975). When replacing income with education on the x-axis the pattern becomes almost linear, with no unexplained shift (Lutz and Kebede 2018).  A press release summarized this by stating: “When it comes to survival, mind matters more than money”.

Based on his insights from the comprehensive Princeton European fertility project, Ansley Coale specified three necessary preconditions for a lasting fertility decline, the first of which says that “fertility needs to be within the calculus of conscious choice” (Coale 1973). This is a very clear reference to the decisive cognitive precondition of demographic transition. The other two preconditions are that lower fertility needs to be advantageous, and that acceptable means of birth control need to be available. In this context, the widely used distinction between proximate determinants and socioeconomic determinants, proposed by Bongaarts (1978), has become important: forces operating at these different levels of determination are not in competition with each other. Rather, they come in a sequence, such as contraception being a consequence of not wanting another birth. What I propose is to add a third, still deeper layer of explanation, referring to the changes in the way humans think.

One can generally distinguish between three different levels of determination:

1) Cognition (in the mind/brain): degree to which choices are based on rational calculation rather than fatalistic behavioral patterns;

2) External conditions (in the environment): motivation for behavioral choices depending on the costs and benefits implied by social, economic, and environmental living conditions;

3) Proximate determinants: availability and acceptability of physical/technological means of implementation, such as contraceptives for fertility or vaccination/medication for health.

While demographers and social scientists in general tend to be familiar with the second and third level of determination and structure their analyses around them, the first is rarely mentioned. This is surprising, given the prominence of Ansley Coale and the fact that Etienne van de Walle in his PAA presidential address (1992) explicitly focused on this cognitive level. Under the title “Fertility Transition, Conscious Choice and Numeracy” he criticized much of the demographic and economic analysis for assuming that the choice for a particular family size is conscious and rational. He pointed to empirical studies in Africa where he had found high proportions of women who were not able to say how many children they wanted and rather referred to “God’s will”. He convincingly argued, both for historical Europe as well as for contemporary Africa, that numeracy about children and the norm of an ideal family size did not exist traditionally and only appeared shortly before the onset of the fertility transition. He concluded that there cannot be modern family limitation without such conceptualization of family size, which is indeed a deeply cognitive process. It requires abstraction skills that tend to be associated with numeracy and literacy. Several other influential papers on demographic transition – such as Cleland and Wilson (1987) – also point to ideational changes as drivers of the fertility transition rather than changing economic conditions or contraceptive methods.

Education as a proxy for cognition

In most demographic studies, education is seen merely as a proxy for socioeconomic status (SES). This is not entirely wrong since more education typically leads to more income and higher SES. But it is incomplete since there is much more to education than its impact on SES. Education literally changes our brains for the rest of our life. Every repeated learning experience makes us anatomically different people – as stressed by the Nobel laureate in medicine Erik Kandel (2007) – by building new synapses in our brains. All further learning and all choices made will build on these established synaptic structures.  In developmental psychology, it has also been shown beyond doubt that education alters the way we perceive the world, changes our planning horizon, the degree to which we think abstractly and can imagine counterfactual scenarios, all things that matter for our choices and our behavior. This is true in general, but also specifically for choices in reproductive and health-related behavior.

Postscript: While economists have started to acknowledge bounded rationality in their models, to my knowledge there is still little work that tries to distinguish quantitatively between different degrees of rationality as captured by education categories, accounting for the changing proportions of individuals in the different education categories over time. Maybe, demographers could help with such efforts.

Coale, A. J. (1973). The demographic transition reconsidered. Proceedings of the International Population Conference, 1, 53–72.

International migration from Africa to France and contraception use
March 28, 2022
Julia Behrman