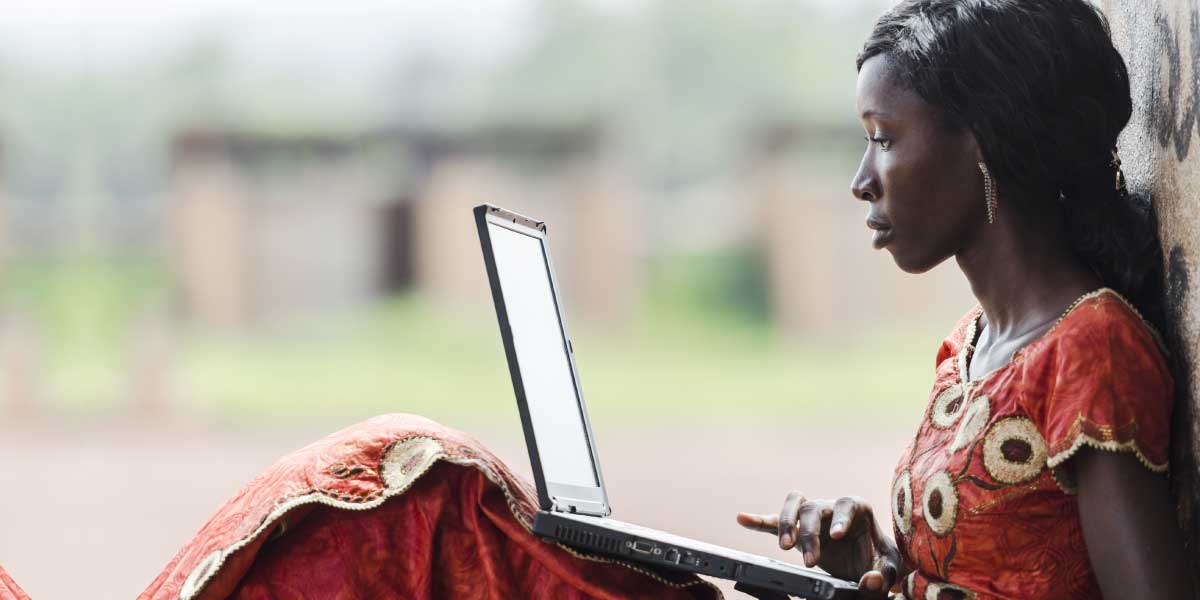 Expanding population and growing Internet use in Sub-Saharan Africa

The population of Sub-Saharan African (SSA) increased from 510 million in 1990 to a remarkable 1.08 billion people in 2018 (World Bank data). Forecasts suggest that this upward trend is likely to continue, with the population doubling again by 2050, putting pressure on the environment, keeping populations locked in poverty, and increasing food insecurity in the region. This happens because births, although decreasing, currently outnumber deaths by four to one. Between 1990 and 2017, the average fertility rate declined from 5.7 births per woman to 4.8, but this is significantly less than the decline observed in other parts of the world.

Access to family planning programs is still very limited in SSA, the region with the world’s highest proportion of women with unmet contraception needs. Nearly one in four sexually active women of reproductive age cannot access modern contraception despite their desire to stop or at least delay childbearing (Ahinkorah, Ameyaw, & Seidu, 2020). This contrasts with the United Nation’s Sustainable Development Goal 3.7, which states that the international community should “ensure universal access to sexual and reproductive health care services, including family planning, information and education, and the integration of reproductive health into national strategies and programs”.

Might the Internet be an effective way to promote contraceptive uptake? SSA is currently the world’s fastest growing Internet access area. Some 25% of the total population have access to the Internet (according to the latest World Bank data), and this is where they can learn about health and reproduction.

In our research (Toffolutti et al., 2020) on the link between modern contraceptive use and Internet exposure we used data from Wave 7 of the Demographic and Health Surveys (whose fieldwork took place between 2015 and 2019), the International Telecommunication Union (ITU) and Akamai Development. The latter provides information about the Internet infrastructure. In particular, we used the extent to which the backbone networks in the region have been connected to at least one submarine cable and the timing of this connection as an exogenous measure of internet access. This same measure was recently used by Hjort and Poulsen (2019) to investigate the impact of fast Internet arrival on finding employment. They demonstrate how submarine cables both increase Internet speed and lower the price of a broadband plan, which, in turn, leads to broader access. ITU data provide statistics on Internet subscriptions, such as mobile phone and/or broadband subscriptions.

The final sample comprised 125,242 women aged 15-49 in eight SSA countries: Benin, Burundi, Guinea, Mali, Nigeria, South Africa, Tanzania, and Zimbabwe. In our sample, 18.4% of women reported using modern contraceptives, while 17.7% want to use modern contraceptives, but cannot. Contraception rates vary across countries, from 48.3% in Zimbabwe to only 10% in Benin. In terms of Internet access, while 86.1% of women have never used the Internet, 8.3% go online daily, 3.8% weekly and 1.8% access it less than once per week. Again, there are big cross-country differences: from 26.7% in Nigeria down to a mere 6% in Burundi. Using the Internet at least once per month increases the likelihood of using modern contraception by 11.4%. The frequency of Internet use also matters: women who switch from being infrequent to almost daily Internet users are 53.8% more likely to use contraception.

The role of education

How can the Internet affect behaviours in this way? First, women with lower levels of education seem to be less likely to use family planning services. They might simply not be aware that they exist, unlike women with higher education. The Internet, then, offers access to information that is otherwise not easily available. Figure 1 illustrates the probability of using modern contraception by Internet exposure and educational attainment.

Second, the Internet empowers women within the household. Knowledgeable women become more confident in talking to their partners about reproductive decisions. Figure 2 provides some evidence for this. It shows the bivariate association between women’s empowerment, measured by the percentage of women involved in household decision-making, and Internet exposure. Women with daily access to the Internet are almost twice as likely to participate in decision-making as those with no access.

Our findings suggest that the Internet is an effective channel for promoting family planning and sexual health programs. Furthermore, Internet access can narrow the gap between high- and low-educated women and very possibly empower the latter as well. The Internet may therefore be an important tool for achieving Sustainable Development Goal 3.7, which aims at providing universal access to services related to sexual and reproductive health care. Governments should encourage Internet access and broadband development, and keep access as affordable as possible.