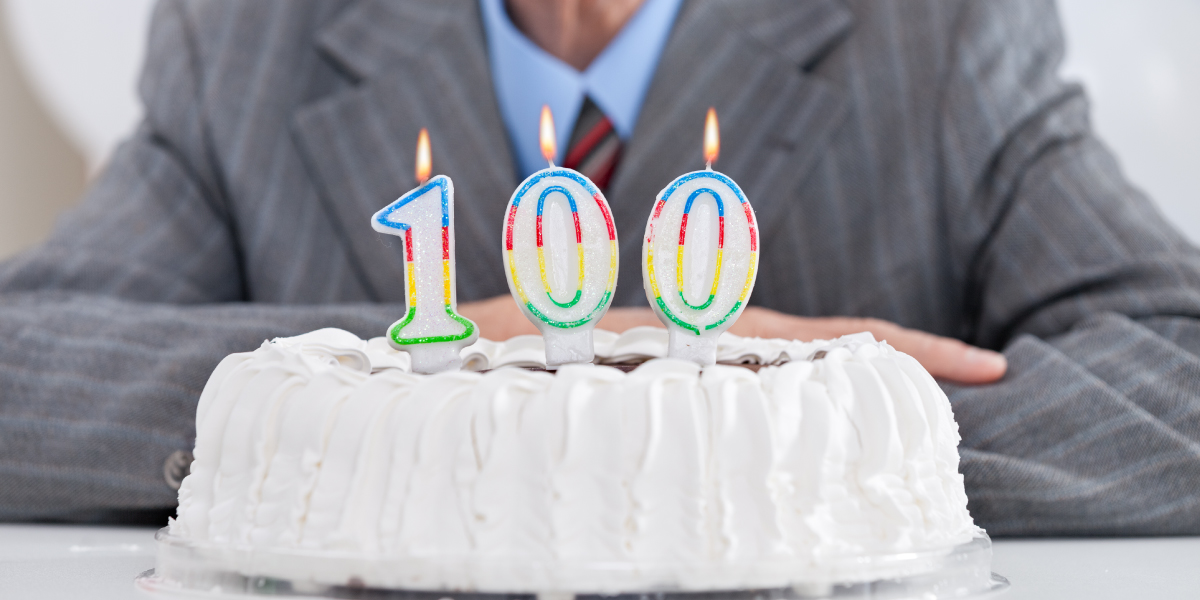 While the mean ages at death for Danish and Swedish centenarians were relatively constant at around 102 years for the cohorts born between 1870 and 1904, Anthony Medford shows that the oldest 6% of centenarians in Denmark have been dying at older ages in the most recent cohorts, a trend that has not been observed in Sweden.

Globally, human longevity has been on the rise, and so has the number of very old people. In a recent study, Medford et al. (2018) examined trends in centenarian lifespan using data from extinct cohorts in Sweden and Denmark. In particular, they investigated how the age at death of centenarians varied by birth cohort. The data was taken from the respective national civil registers: the Danish Civil Register System and the Swedish Total Population Register. All persons in the analysis had attained at least age 100 at death and were born between 1 January 1870 and 31 December 1904, amounting to 16,931 centenarians. Of these, 10,955 (8,772 females, 2,183 males) were Swedish and 5,976 (4,681 females, 1,295 males) were Danish.

Figure 1 shows the data fitted with several quantile regressions covering the entire distribution. The results for the two countries are in stark contrast. For Sweden, there appears to be no meaningful relation between centenarian ages at death and birth cohort because most of the regression lines are close to horizontal. For Denmark on the other hand, there is a noticeable trend, and lifespan increases for the most recent birth cohorts, but only at the upper end of the distribution.

Figure 2 presents an alternative view of these regression results. It shows the rate of change in lifespan with birth year over the entire centenarian lifespan distribution. It is particularly useful for visualising how lifespan has been changing in the tails versus the rest of the distribution. In Denmark, whilst there has been no lengthening of life amongst average – and indeed most – centenarians, improvement is seen amongst those who reach extreme ages. Not only are the more recent cohorts dying at higher ages, the highest lifespans have been trending upwards over time with the top 6% (94th percentile) having a statistically significant trend. Furthermore, the rate of increase rises as the percentile increases. For example, the rate of increase in lifespan at the 99th percentile (0.041 years per year) is over two and a half times that at the 95th percentile (0.016 years per year).

The diverging trends in lifespan between the two countries could be due to several causes, which we could not fully disentangle. We may venture a few tentative hypotheses, however. One involves different levels of health amongst the two elderly populations. Recent studies have shown improvements in health as measured by Activities of Daily Living (ADL) in cohorts of female centenarians in Denmark (Rasmussen et al., 2017) between the 1895, 1905 and 1915 cohorts. As women heavily outnumber men at advanced ages, their overall contribution is positive. In Sweden, by contrast, trends in health for the elderly have been less optimistic. In a study using multiple health indicators of Swedes aged 77 and older between 1992 and 2002 there were indications of no improvement in ADL and possibly health deterioration in mobility, cognition and performance tests (Parker et al., 2008).

Another possible reason lies in the difference in the two healthcare systems, especially in recent times. Let me first recall Kannisto’s (1996) remark: in previous studies of oldest-old mortality among several developed countries, he argued that the observed declines in mortality at the highest ages (as opposed to say, middle ages) were driven more by period than cohort effects. These period effects have a near immediate impact upon mortality patterns at the time they occur.

Now, spending on public services was reduced in Sweden in the early 1990s, due to a series of economic crises. Healthcare for the elderly was affected, with, for instance, de-institutionalization of inpatient elder care, a shift away from hospitals to nursing homes and a reduction in the number of nursing home beds. The cost cuts left some older people at risk, particularly those in the lower socio-economic groups. Nothing of the kind took place in Denmark. Besides, the two countries have since followed a different path to elder care. Sweden has adopted an approach targeting the frailest, whereas Denmark has continued generous provision of care, with the obvious result that services reach a higher proportion of the elderly population. Some studies suggest that Sweden’s approach has resulted in some who require care not receiving it, with the least well-off segments of the elderly population relying more heavily on family care, which can be of lower quality (e.g., Rostgaard and Szebehely, 2012).

Persons who attain age 100 are a selected group, but there appears to be an additional layer of selection. Those within this “super selected” group, who are by definition the most durable, may better react to favourable external conditions – e.g., perhaps, higher spending on healthcare.

Medford, A., K. Christensen, A. Skytthe, and J. W. Vaupel (2018). A cohort comparison of lifespan after age 100 in Denmark and Sweden: only the oldest getting older? Demography. Forthcoming.

Rasmussen, S. H., M. Thinggaard, M. B. Højgaard, B. Jeune, K. Christensen, and K. Andersen-Ranberg (2017). Improvement in activities of daily living among Danish centenarians? The Journals of Gerontology: Series A.