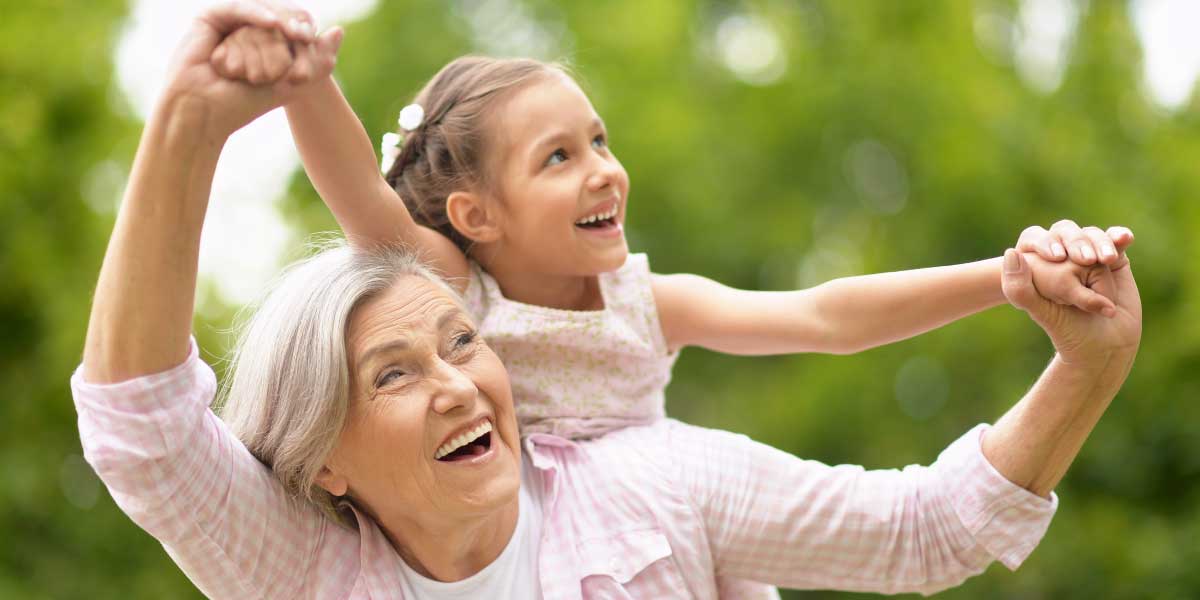 Bruno Arpino and Madelin Gómez-León examine the effect on depression of combining grandchild care with other care roles among individuals aged 50 to 84 in Europe. Their results show that grandmothers who provide grandchild care only are at a lower risk of depression than non-caregivers. However, the protective factor of grandchild care disappears if care is also provided to a co-resident family member.

In many countries, a large proportion of grandparents, especially grandmothers, provide care to their grandchildren (Glaser et al., 2013) and in recent years this has prompted numerous studies on the consequences of caregiving on grandparents’ physical and mental health. However, the consequences of combining grandparental childcare with other caregiving roles have rarely been examined, despite the growing numbers of individuals concerned. This is the topic of a recent article (Arpino & Gómez-León, 2019) in which, using a longitudinal perspective, we examine the effect on depression of combining care to grandchildren with other types of caregiving roles for women and men aged 50-84. Given that depression is estimated to be the fourth leading component of the global burden of disease (Ustün et al. 2004), it is important to understand the possible consequences of caregiving on depression.

From a theoretical point of view, the provision of grandchild care may have both positive and negative effects on grandparents’ health and wellbeing. On the one hand, it can be viewed as a way for older people to contribute to society and may also improve their well-being by giving them increased purpose in life and more opportunities for physical and mental exercise. Several studies have found evidence of positive effects of grandchild care on health (Di Gessa et al. 2016; Arpino and Bordone 2014).

On the other hand, it may be argued that as people have limited time, energy, and resources to fulfil different roles, some older individuals may find it difficult to take on the additional role of caregiver for grandchildren. Besides, grandparents may be overburdened by the simultaneous demands of caring for their grandchildren and for others, often their partner or their parents (Grundy and Henretta, 2006). Are they being stretched to breaking point?

Using data from the Survey of Health, Ageing and Retirement in Europe (SHARE), we examined longitudinally the effect on depression of combining grandchild care with other care activities separately for grandmothers and grandfathers aged 50-84. We distinguished between three types of non-grandchild care (to someone living in the household; to someone outside the household; to a sick or disabled person). The final sample used in our analyses was composed of 5,012 men and 6,784 women. Depressive symptoms are measured in SHARE using the EURO-D scale, ranging from 0 to 12 symptoms. In line with previous studies, we categorized depression as a dichotomous variable characterizing individuals who self-report four or more depressive symptoms.

We used the first two waves of SHARE (2004 and 2006) and estimated logistic regressions for the probability of being depressed at wave 2 as a function of caregiving at wave 1, while also accounting for initial depression status and other socio-economic and demographic factors measured at wave 1.

The left-hand side of the graph in Figure 1 shows that grandmothers who only provide care to their grandchildren are about 5 percentage points less likely to be depressed than grandmothers not involved in caregiving (about 24% vs 29%). This indicates that grandchild care protects from depression. If grandmothers only provide other types of care, they have depression risk similar to that of non-caregivers. The only exception is observed when care to a co-resident is considered. In this case, caregiving is associated with a higher probability of depression than for non-caregivers (34% vs 29%) because this type of care, usually given to the partner or a parent, is likely to be intensive and demanding.

For men (right-hand side graph in Figure 1), we find no evidence of a protective role of grandchild care: grandfathers who provide other types of care have a higher depression risk than non-caregivers. However, as we discuss more in detail in the original paper, the only statistically significant difference was found in the comparison between grandparents who only care for someone inside the household and non-caregivers (the predicted probabilities of depression were about 19% and 14%, respectively).

Our findings reveal the extent to which grandchild care remains a protective factor for grandparents’ mental health when they also take on another care role. We found that only a small proportion of grandparents combine grandchild care with other caregiving roles. However, demand for simultaneous provision of care to different people and especially different generations in the family constellation is likely to grow in the future (Wiemers and Bianchi, 2015). Thus, our findings have important implications for designing policies to support individuals who face different informal care demands, and especially those with a multiple care burden. The differing effects found for different types of care suggests that policies aimed at supporting caregivers should take into account the heterogeneous nature of caregiving. A policy designed for one type of caregiver (e.g., those who provide care to a disabled person) may not be appropriate for others (e.g., grandparental childcare). We found that women who provide childcare and other intensive types of care may lose the positive effects of grandchild care on their wellbeing. This suggests that multiple intensive care roles may be too burdensome and stressful, and that policy on informal caregiving should devote special attention to these cases.

The original study mentioned in this article was part of the multi-country project “Care, Retirement & Wellbeing of Older People Across Different Welfare Regimes ” (CREW). The authors acknowledge funding from the Spanish Ministry of Economy, Industry and Competitiveness (PCIN-2016-005) within the second Joint Programming Initiative “More Years Better Lives”.

Arpino, B. & Bordone, V. (2014). Does Grandparenting Pay Off? The Effect of Childcare on Grandparents´ Cognitive Functioning. Journal of Marriage and Family, 76, 337–351.

Di Gessa, G., Glaser, K., & Tinker, A. (2016). The Health Impact of Intensive and Nonintensive Grandchild Care in Europe: New Evidence From SHARE. The Journals of Gerontology Series B: Psychological Sciences and Social Sciences, 71(5), 867–879.