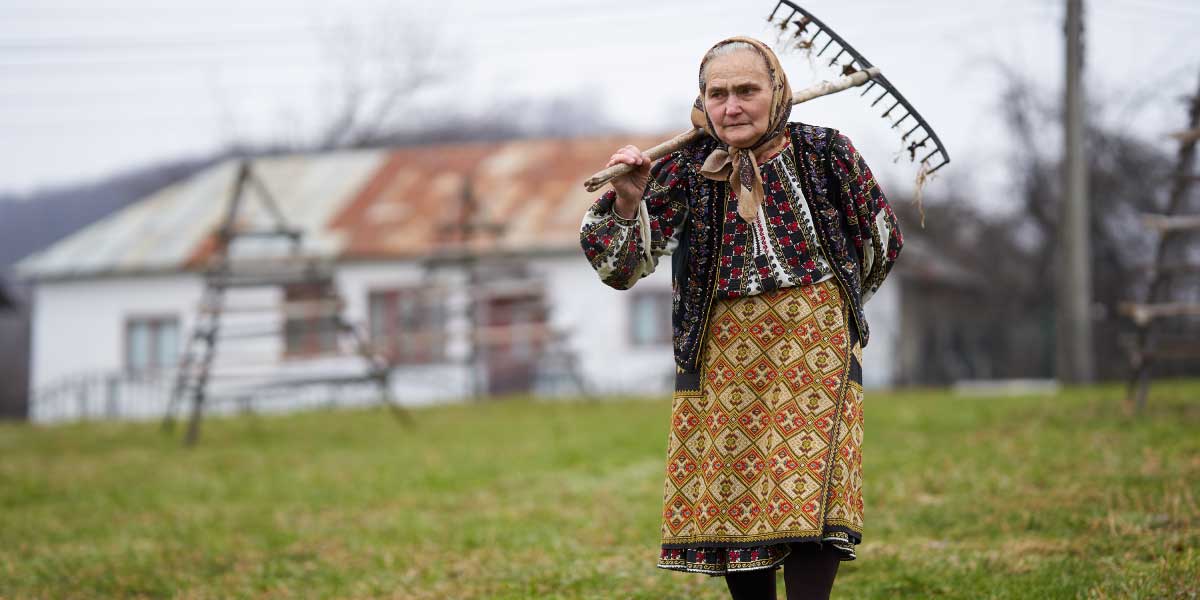 Ageing occupies the forefront of the social and economic policy debate in the European Union (EU). However, ageing patterns differ considerably across EU territories because of distinctive demographic and spatial dynamics. Daniela Ghio, Anne Goujon, and Fabrizio Natale show that migration, whether internal or international, plays a prominent role in shaping population change at the local level, especially at working ages.

Population ageing affects labour supply and the sustainability of social security systems. This is particularly evident at the local level, where some territories, such as rural ones, are more exposed to rapid ageing and depopulation. In this context, internal or international migration can play a substantial role, offsetting population decline caused by low fertility in some cases, or accelerating it in others.
Overall, the policy debate has focused on the role of international migration to rejuvenate the population, revitalise the economy and mitigate labour shortages. What is the situation in the territories of the EU?

In a recent article, we assess the relative contribution of migration to shaping the demographic evolution of the working-age population (15-64 years) of 1,166 European territories (NUTS3), separately by three classes of urbanisation: urban, intermediate, and rural (Ghio et al. 2022). We decompose the changes in the population of working age that occurred from 2015 to 2019 into:

1) cohort turnover effects, meaning the difference between those who have just entered the working-age group (15-19 years) and those who are about to leave it (60-64 years),

2) mortality, computed as the number of deaths occurring in the working-age population, and

3) net migration effects, calculated as a residual and corresponding to the estimated net migration for the population of working age.

While acknowledging the relevance of mortality in affecting the working-age population, we focus on the interplay between cohort turnover and migration effects, as these are more likely to be tackled by short-term policy interventions. Overall, between 2015 and 2019, 22.9 million young Europeans became part of the working-age population, while 26.6 million people reached (or were close to reaching) retirement age: this indicates a possible gap of around 3.8 million potential workers across the EU. Indeed, cohort turnover was negative in 86% of EU territories in that period. As shown in Figure 1, this happened throughout the EU, but particularly in Eastern and Central Eastern EU countries (Bulgaria, Hungary, Poland, and Romania), and Southern and South-Eastern EU countries (Croatia, Greece and Italy).

Out-migration is stronger from rural areas

Although ageing affected almost all EU territories, cohort turnover effects mainly drove the decrease in working-age population in rural areas when compared to urban ones (-1.9% and -0.7% respectively). Conversely, net migration effects appeared to contribute more substantially to the size of the working-age population in urban and intermediate areas (+2.4%, and +1.4% respectively) than in rural areas (+0.4%). In short, positive net migration “ protected” urban and intermediate areas more than rural areas from further shrinkages of the labour supply.

Between 2015 and 2019, migration was the underlying force in the evolution of the working-age population at a fine territorial level. Although covering a limited period, our research highlights the challenges currently facing many areas, predominately rural ones, confronted with a declining working-age population due to the combination of both negative net migration and cohort effects.

Revitalising depopulating territories and breaking the cycle of rapid ageing is a priority on the agenda of many local and national authorities (and of the European Commission). Loss of working-age population, weaker economic development and stagnation of employment are the expected consequences, calling for the urgent adoption of structural actions. Policy responses should be based on scientific evidence, pointing to the opportunities that these territories offer in terms of quality of life. For instance, less densely populated areas attracted many people (including families with young children) during the recent COVID-19 lock-downs. The adoption of teleworking increased considerably during the pandemic, making physical distance from the workplace less significant. This contributed to the “counter-urbanizationˮ movement (from urban to rural areas for permanent resettlement) observed in several countries in recent years. Furthermore, new employment opportunities, in particular in the personal services and health care sectors (Grubanov Boskovic et al. 2021) could attract a younger working-age population to the territories where ageing and depopulation are currently most severe.