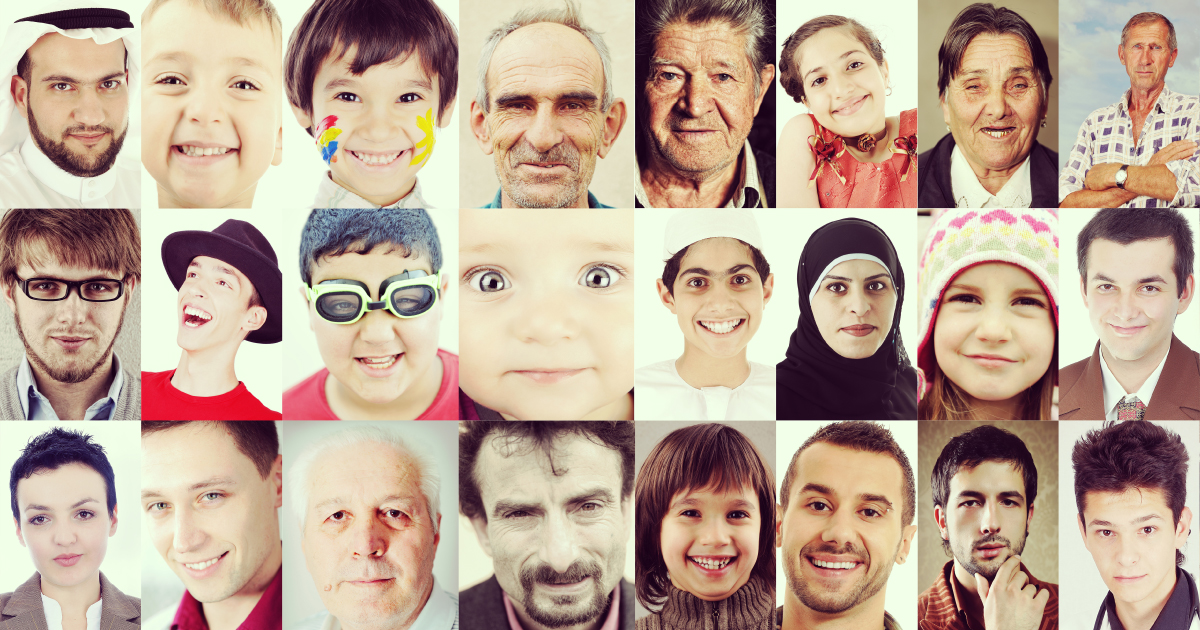 Add something else to the list of things that seem simple but are actually complicated – the way someone reports their race or ethnicity. In a recently-published research article (Liebler et al. 2017), we used a large, unique linked dataset from two U.S. Censuses (2000 and 2010) to study who had the same race/ethnicity response in both years and whose response changed from one year to the next. With over 160 million cases covering all U.S. race and ethnicity groups we found that 6.1% of people in the (not-nationally-representative) data had a different race or ethnic response in 2010 than they did in 2000.

These response changes represent changes between the federally-defined major race groups (multiple responses allowed in both years): white, black or African American (“black” here), American Indian or Alaska Native (“American Indian”), Asian, Native Hawaiian or other Pacific Islander (“Pacific Islander”), or the residual category of Some Other Race. Or they were changes between the two defined ethnicity groups: Hispanic/Latino and non-Hispanic/Latino (“Hispanic” and “non-Hispanic”).We used strict case selection to assure that responses were given by the person or a household member (not allocated, imputed, gathered from a potentially unreliable source, or signaling an incorrect match).

Which race and ethnic groups are most affected by response change?

Response changes in our very large dataset spanned the full variety of race and ethnic groups. In Figure 1 we display a visual cross-tabulation, or “heat map,” of each race/ethnic response change in our data. Each cell is darkened according to the number of individuals in our data making each change. Thousands of people’s responses changed from one single-race group to another (top left corner of each quadrant), from single-race to multiple-race or vice versa (the remainder of the first row and column of each quadrant), and/or changed ethnicity response (upper right and lower left quadrants). Notably, each specific response change is about as common as its inverse, with approximately equal numbers of people leaving race and ethnic groups as those joining the groups, and so this churning is hidden in cross-sectional data. This churning pattern undermines theories of response change (e.g., changing cultural norms that make one response more appealing) which explain only one direction of change.

There were four race/ethnic categories that had much more stable membership than the other categories: non-Hispanic white, non-Hispanic black, non-Hispanic Asian, and Hispanic (if race information is disregarded). For example, of all people who were reported as non-Hispanic white in one of the two censuses, 97% were reported that way in both (this percent is 94, 91, and 87 for the other stable groups, respectively). The remaining single-race and multiple-race groups had much lower response stability, with less than half of people having stable responses (non-Hispanic American Indian responses were the exception with 53% reported as the same race/ethnicity in both censuses). Given the very different rates of response change, the qualitative experience of identifying with a stable group may differ from the experience of identifying with a group which has a changing set of people who identify in that category.

Compared to all people in the 162-million-person linked data set, children and people in the West region more often had different race or ethnicity responses in 2010 than 2000, but there were no clear sex-specific patterns in whose response changes. Children were especially over-represented among those with response changes between various combinations of non-Hispanic white and black, and much less so among those changing between combinations of non-Hispanic white and American Indian. People who were reported as Hispanic in both years, but whose race response changed between white and Some Other Race, were especially concentrated in the West region. Changes to the questionnaire format and wording were designed to discourage a Some Other Race response, which is most common among consistently-identified Hispanics.

Patterns become even more complicated when looking at each response group individually. For example, there are different age-graded patterns in response change. Some groups have approximately equal rates of response change at all ages, including non-Hispanic American Indian, Pacific Islander, and white-American Indian biracial, as well as Hispanic Some Other Race. On the other hand, among those reported as white-black biracial or white-Asian biracial in 2000, adults (especially ages 45 and older) were vastly more likely to have a different response in 2010 than were children and youth. And Hispanic white response change was more common among children.

Identities are intricate and multifaceted, and this disrupts efforts to measure them with simple, one-time questions. It may seem like a safe assumption to treat race and ethnicity as life-long characteristics, whether in understanding, analysis, or interpretation. Theories about why people identify with a certain race or ethnicity, or why they change this identification, are also faced with explaining a complex situation of mixed heritage, response churning, and patterns that differ by age, location, and group. The world, it turns out, is not black and white. Careful study of social complexities such as these reveals colorful nuances that make the social world endlessly interesting and worthy of study.