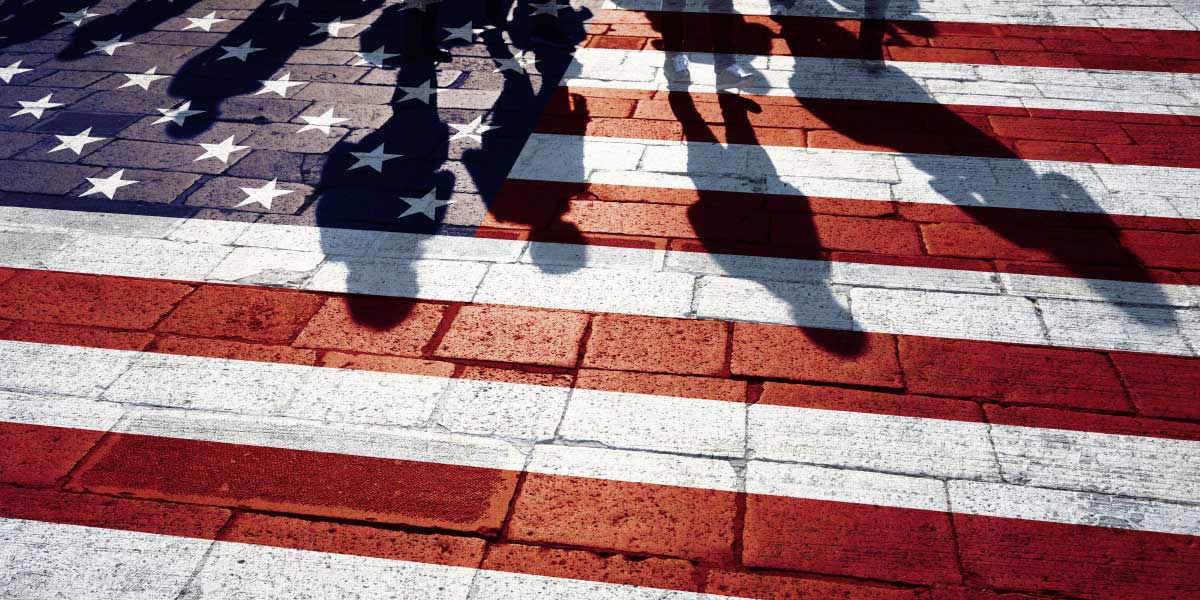 Immigrant men who arrived in the United States in the latter part of the twentieth century experienced varied earning trajectories. Leafia Ye and Michal Engelman show that those who came from several countries in Asia and Africa experienced substantial earnings growth and tended to stay in the United States for the long term, while Central America and Caribbean immigrants frequently experienced temporary and permanent exits from the formal labor force.

Debates about the integration of immigrants into the U.S. economy often consider immigrants who arrived in the late twentieth century as a single group defined primarily by their foreign-born status. In a recent study (Ye and Engelman 2020), we show instead that immigrant men’s earning trajectories vary considerably by country of origin. Furthermore, we show that temporary and permanent exits from the formal labor force are just as important as upward and downward mobilities in shaping these trajectories.

Most immigrants move to the United States in pursuit of a better future, an idea which often encompasses upward economic mobility. Whether they succeed is both a function of immigrants’ own characteristics (including their level of education and marketable skills) and characteristics of the U.S. economy that promote or hinder the integration of foreign-born workers. Decades of research has come to the overall conclusion that, on average, immigrants begin their careers in the U.S. with lower earnings relative to the native-born but gradually close this gap over a few decades (e.g., Duleep & Dowhan, 2002). Many prior studies of earnings grouped together immigrants across origins and focused primarily on long-term immigrants with a consistent record of working in the United States. However, the U.S. immigrant population has grown increasingly diverse since the 1965 Immigration and Nationality Act, with different migrant populations varying widely in their levels of human capital and the circumstances preceding their migration decisions. Furthermore, several foreign-born groups have non-linear migration and work histories, with individuals migrating to the United States and later returning to their home country, or experiencing multiple cycles of short-term labor migration (Tannenbaum 2007).

We tracked the earnings records of young immigrant men who entered the U.S. labor market in 1978 over a period of 35 years using a unique data set from the Social Security Administration. Because immigrants entered the labor force at varying time points during 1978, we start our actual tracking process in 1979 – their first complete year in the labor force. Every year, an individual may be in one of six potential employment and earnings categories (Figure 1). Some immigrants are classified in one of the three tertiles of the U.S. earnings distribution, others are temporarily out of the labor force (which we know because we later observe them in the labor force again); and others leave the formal labor force permanently, though we know they remained in the United States. Finally, some immigrants disappear from official records after working in the United States for years. We suspect that these individuals emigrated from the United States, although we do not know for sure. For comparison, we apply the same classification to a cohort of U.S.-born men of the same age, among whom emigration is extremely rare (Figure 1, right panel).

What stands out is that immigrants’ earning trajectories are marked more by exits from the labor force and stagnation in earnings growth than by upward mobility (Figure 1, left panel). While the share of immigrants in the lower earnings tertile dropped from about 60% when they first entered the labor force to below 20% after 35 years – a seemingly positive development – the share of men in the middle or top tertiles of the earnings distribution barely increased during this period. This is in large part because many immigrants leave the labor force every year. Notably, immigrants who are less satisfied with their economic prospects in the U.S. are more likely to leave (VanHook and Zhang 2011), so studies examining the earnings of long-term migrants disproportionately represent those who experienced higher earnings.

The role of country of origin

Immigrants from Germany, Canada, the United Kingdom, and Japan entered the labor force concentrated at the upper end of the economic distribution and followed similar trajectories over time (Figure 2). Many of these immigrant men from high-income countries left the United States after a high-earning career, a pattern matching the profile of H1 visa holders who are predominantly high-skilled workers. It is worth noting that while applicants for an H1 visa were previously required to exhibit an intent to eventually return home (Koslowski 2014), this is no longer the case today. The Immigration Act of 1990 split the H1 visa into H1-A (for nurses) and H1-B visas, and established H1-B as a “dual intent” visa that allows individuals to apply for permanent residency.

In contrast, immigrants from the Dominican Republic, Mexico, and Haiti entered the U.S. labor market at lower earnings levels and experienced earnings stagnation over the years (Figure 3). About 70% of men in this group were at the bottom of the earnings distribution when they first arrived – a proportion that declined over time as a growing number of men left the labor force permanently. The share of individuals in the middle and top tertiles barely expanded over time. Another notable characteristic of this group is their high rates of temporary labor force exit: many individuals entered the U.S. labor force, worked for a few years, and then left the United States before returning again. Overall, the trajectories of these immigrants seem to better match the case of H2 visa holders – usually temporary laborers filling positions that require fewer formal credentials.

Immigrants from Iran and Nigeria appeared somewhat similar to those in Group 2 when they first arrived, but experienced upward mobility over time. The share of individuals in the middle and top tertiles increased from 5-7% to about 40% over the years, representing the most optimistic picture of earnings growth among all immigrant groups. The relative success of this group may be explained by the fact that many immigrants who started working in 1978 were highly selected from the origin population. In the 1970s, Iran and Nigeria both went through socioeconomic instability due to political upheaval, which led to the emigration of students, professionals, and middle- and upper-class families in general. While many arrived with no immediate employment prospects, they likely had some resources that supported them in achieving or regaining a well-paying job after a few years.

Immigrants from other origins had still different trajectories. For example, immigrant men from India, the Philippines, and many other origins experienced moderate earning mobility and tended to stay in the U.S. for the long term.

Overall, historical contingencies and socioeconomic contexts in sending countries and in the U.S. are clearly predictive of immigrants’ earning trajectories. At the same time, every immigrant group is heterogeneous along multiple dimensions, a fact that immigrant policy debates would do well to assimilate.

VanHook, Jennifer, and Weiwei Zhang. 2011. “Who Stays? Who Goes? Selective Emigration among the Foreign-Born.” Population Research and Policy Review 30(1):1–24.