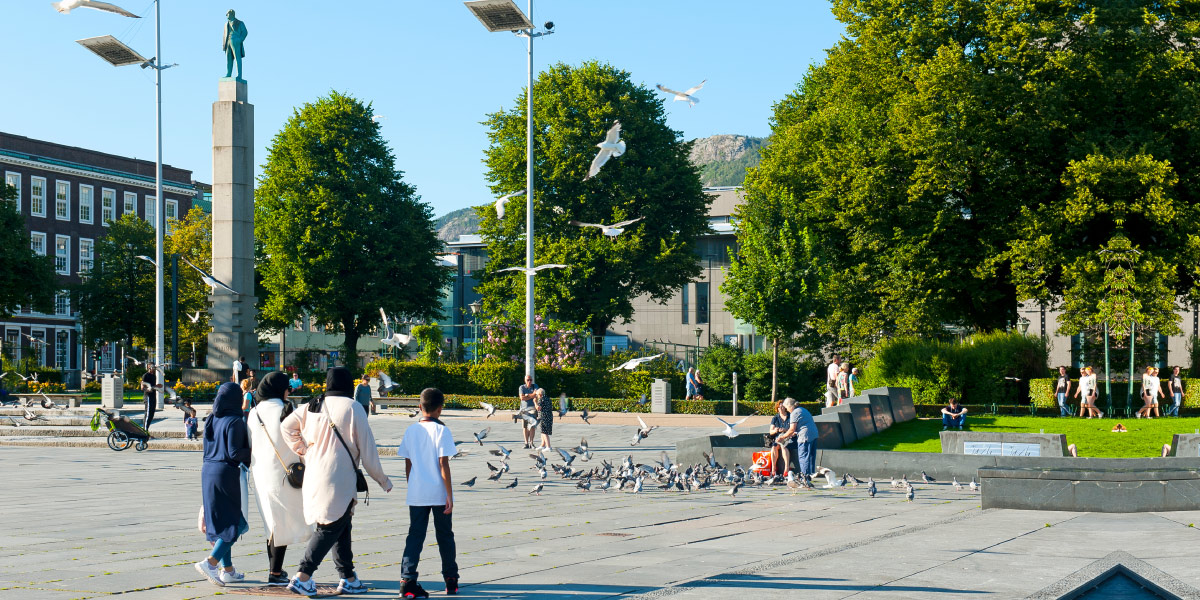 Fertility among immigrants has declined in many Western countries. In Norway, Marianne Tønnessen finds that the successful integration of immigrants is not the main driver of the decline since 2000, but rather decreased fertility in origin areas.

In many Western countries, the total fertility rate (TFR) of immigrant women has declined over the last decades (Figure 1). In Norway, for instance, immigrant TFR fell from 2.6 children per women in 2000 to less than 2.0 in 2017. This may be due to several factors, such as immigrants’ adaptation to the fertility norms at destination, changing composition of immigrant women by area of origin, and other factors.

In a recent study, I try to disentangle the different possible causes of this decline (Tønnessen, 2019). Like many other Northern European countries, Norway has relatively high fertility (ranging between 1.98 and 1.62 in the study period) and an increasing share of immigrants (from 5.3 per cent in 2000 to 13.8% in 2017) from all over the world and, in the last decade, from Eastern EU countries like Poland and Lithuania in particular (Statistics Norway 2020a,b).

The results show that in line with findings from many other countries (see for instance Sobotka 2008), immigrant women from regions with high fertility (such as Africa and parts of Asia) often have higher fertility in Norway than women from low fertility countries. Also, immigrant women’s fertility often declines with time since arrival in the destination country, probably because of integration, so that, everything else equal, women who have been living in Norway for a long time have lower fertility than those who arrived only recently. For instance, in 2000, newly arrived immigrants (0-2 years since migration), from Africa and Asia had a TFR above 4 children per women, while women from the same regions who had entered the country more than ten years earlier had a TFR of around 2. These trends are not particularly surprising, of course, nor is the considerably lower fertility – about 2 children per woman – of women from the European Union or the US.

However, the decline in immigrant TFR in Norway from 2000 is due neither to an increased share of immigrant women from low fertility countries, nor to an increased share of women with long duration of stay. It is linked, instead, to the fact that the fertility of recent immigrants to Norway is considerably lower than it was 20 years ago. For instance, while in 2000 the fertility of newly arrived women from Eastern and South Eastern Asia was above 4 children per women, in 2017 it was below 2. The same holds for newly arrived women from Latin America (from 3.5 in 2000 to 2.0 in 2017) and from Western and Southern Asia (4.5 to 3.5).

Decomposition methods make it possible to quantify the effect of changes in composition by duration of stay and area of origin, and the effect of changing fertility within subgroups (by duration of stay and reason for migration). The results (Table 1) show that lower fertility among newly arrived immigrants explains 93% of the overall decline, and that this is mainly driven by women from Asia.

I further analyzed this fertility decline among newly arrived women by reason for migration. Women who migrate for family reasons appear to provide a key: their share among all newly arrived immigrant women declined in this period – for instance, from above 80% in 2000 to 55% in 2017 among women from Eastern and Southern Asia – and so did their fertility (see Figure 2). Among newly arrived family migrants from Asia, TFR fell by more than two births per woman from 2000 to 2017.

Further decompositions show that the lower TFR of newly arrived family migrants accounts for a large share of the total TFR decline among all immigrants in Norway. Among newly arrived immigrants from Western and Southern Asia only, lower fertility among family migrants accounts for 10% of the overall TFR decline, and among those from Eastern and South East Asia it accounts for 8%. Hence, decreased fertility among these two groups alone accounts for 18% of the TFR decrease of all immigrant women in Norway. This is a large effect from a relatively small group; at end-2017, they represented just 3% of all immigrant women of childbearing age (5% in 2000).

A large part of this fertility decline among newly arrived family migrants from non-western parts of the world may reflect fertility declines in origin due to factors such as family planning programs or more education for women. Such factors may, in turn, affect both the share of women who migrate for family reasons and the fertility of the family migrants. And although migrant women may be a select group compared to those who remain in origin, they may have been affected by the same secular changes in fertility norms and behaviors.

Fertility has declined in many origin areas

Fertility has declined substantially in many non-western countries. Such origin area trends are sometimes overlooked in studies of immigrant fertility. Although the newly arrived immigrant women grew up in the same origin areas as those who moved to Norway one or two decades ago, they grew up in a different time, with different fertility norms and patterns.

The fact that the decreased immigrant TFR in Norway is mainly driven by lower fertility among newly arrived women, possibly reflecting declining fertility trends in their countries of origin, may remind migration researchers to look for explanations of changes in immigrant fertility beyond the destination country and the characteristics of individual migrants.

This can also be a reminder for policy makers and others not to draw too hasty conclusions about the effect of domestic policies by looking at trends in immigrant TFR. Although an immigrant woman’s fertility often declines with her duration of stay, thanks to successful integration for instance, this does not necessarily translate into a declining TFR for all immigrants, unless the share with long duration of stay increases.

The results of my research also point to the future: if fertility change in origin areas is a driver of fertility decline among many non-western newly arrived migrants, and if fertility continues to fall in important origin areas – as projected by the United Nations for high-fertility parts of the world (United Nations 2019) – we may expect further fertility declines among immigrants from these areas. Moreover, policies affecting fertility preferences in high-fertility parts of the world may, in turn, affect the fertility of Western countries’ own immigrant populations.

Statistics Norway (2020b). Immigrants and Norwegian-born to immigrant parents. Statistics from retrieved February 2020.