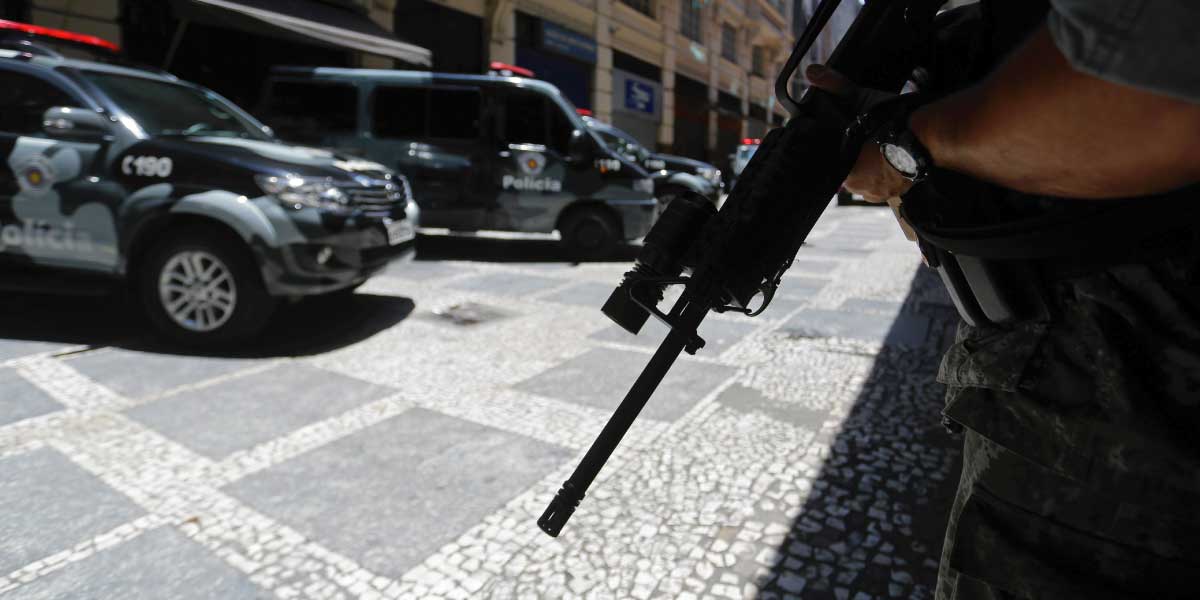 Homicide rates in Latin America are higher than elsewhere in the world, although with considerable variation within the region. In some countries, they are so high that they are significantly affecting the average length of life of the entire population, or holding back its progress. José Manuel Aburto and Vladimir Canudas-Romo give a few key figures on a widespread and alarming phenomenon, which has been largely overlooked – if not exacerbated – by policy makers.

Homicide rates have declined in other parts of the world but remain high in Latin America and the Caribbean (LAC). Most victims are adolescents and young adults: there were over half a million homicides among males aged 15–29 between 2005 and 2015. Brazil and Mexico, the countries with the biggest populations, account for the highest absolute number of homicides. In relative terms, El Salvador and Honduras had staggering rates of 204 and 105 homicides per 100 000 males, respectively, in 2015 (Figure 1). In contrast, Chile and Cuba had rates of 5 and 8 homicides per 100 000 persons, respectively, in that year, comparable to the rate of 8 per 100 000 persons in the USA (United Nations Office on Drugs Crime, 2019). In our new research we analyzed the effect of homicides on changes in life expectancy between 2005-2009 and 2010-2014 and quantified their effect on the mortality gap between 23 countries in LAC and high-income countries in recent years (Canudas-Romo & Aburto, 2019).

Homicides, particularly among young men, turn out to be a major explanatory factor of the gap in life expectancy in LAC countries with respect to high-income countries. In fact, homicide rates in the region are much higher than suicide rates, in contrast to the rest of the world (Briceño-León, Villaveces, & Concha-Eastman, 2008). To put this in perspective, males in Honduras lose over six years of life when compared to developed countries, and women two years.

Our study also underscores the disparities in levels of violence in the LAC. Males in Honduras, El Salvador, Colombia, Venezuela and Guatemala lose over two years of life expectancy due to homicides when compared to developed countries, while Chile, Cuba and Uruguay exhibit levels similar to those in developed regions.

LAC countries have seen progress in most other major causes of death, such as cancer and cardiovascular disease, but homicide, particularly among young men, is still impacting people’s lives so much that progress in life expectancy has practically stalled in some countries (Figure 2). The life expectancy forerunners of longevity in the region are also the group of countries with the lowest burden of homicide mortality.

Economic and health consequences of violence

Excess mortality from homicides can have transcendental social and economic consequences in a population. For instance, the increase in the proportion of the population of working age (also known as the demographic dividend, which is shaped through a transition from high to low rates of mortality and fertility) represents a window of opportunity to boost a country’s development. However, the potential to integrate the surplus work force is jeopardized by the high number of young deaths. Crime has direct and indirect adverse effects on economic efficiency. It directly affects the productivity of those who are deceased, incapacitated or incarcerated, but also generates social inefficiencies by reducing investment (Soares & Naritomi, 2010) and causing major displacement in the region (Csete et al., 2016).

As a social determinant of health, violence can have unquantifiable consequences on population health. For example, women, children and the elderly face a higher burden of non-fatal physical, sexual and psychological consequences of abuse. In Venezuela, for instance, homicides have increased lifespan inequality (García & Aburto, 2019). Exposure to violence can increase the likelihood of young people perpetrating gun violence, and heightens the risk of depression, alcohol abuse, suicidal behavior, and psychological problems, among other detrimental consequences over the life course (World Health Organization, 2014). Moreover, living in constant fear of extreme violence is disruptive to the normal functioning of health and social services, education and civic participation (Canudas-Romo, Aburto, García-Guerrero, & Beltrán-Sánchez, 2017).

The ongoing levels of violence in the region are not recent phenomena. Mexico and Central and South America have suffered an enormous burden of drug-related violence associated with efforts of criminal groups to protect their illicit markets, often against armed police or military forces. In Mexico, for example, the rise of homicides began in 2006 with the so-called War on Drugs aimed at combating drug cartels. The rise in violence was such that life expectancy gains were reversed between 2000 and 2010 (Aburto, Beltrán-Sánchez, García-Guerrero, & Canudas-Romo, 2016). In Brazil, homicides together with accidents are the third leading cause of death for the total population and the main cause of death among young adults (Reichenheim et al., 2011), and the homicide risk is ten times higher than in most developed countries. In Venezuela, homicides increased steadily and more than doubled between 1995 and 2009 (from 20.3 to 49.0 homicides per 100 000 people) due to the social and economic upheavals related to political conflict (García & Aburto, 2019).

Violence prevention should be targeted at the individual, family, and community levels. Previous evidence suggests that school-based efforts, mental health and child welfare programs, educational programs and placement of graduates in jobs, self-employment, and continuing education, together with programs aimed at reducing alcohol consumption have been successful in mitigating the diffusion of violence (World Health Organization, 2014). In Central and South America, political will is essential. Policies built around drug prohibition or severe repression have not worked and military involvement should be phased out wherever possible since it exacerbates violence.

In our view, there is a clear need to rethink approaches and to bring the region together so as to reduce the high levels of homicide mortality and to prevent its spread to other parts of LAC. It is important to recognize and correct the damage to health and human rights that previous policies have caused in the region.

Briceño-León, R., Villaveces, A., & Concha-Eastman, A. (2008). Understanding the uneven distribution of the incidence of homicide in Latin America. International Journal of Epidemiology, 37(4), 751-757.

Soares, R. R., & Naritomi, J. (2010). Understanding high crime rates in Latin America: The role of social and policy factors. In The economics of crime: Lessons for and from Latin America (pp. 19-55): University of Chicago Press.