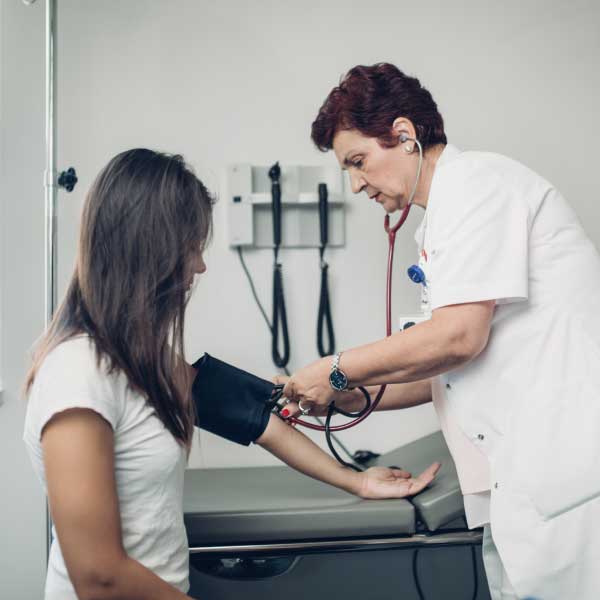 Stephen Jivraj, Alissa Goodman, Benedetta Pongiglione and George Ploubidis find that, among working-age adults in England, later-born cohorts tend to have higher prevalence of various indicators of poor health and that healthy life expectancy has increased at a slower pace than overall length of life over the past decades. This is a worrying trend that the current COVID-19 pandemic may aggravate in the near future.

In 1971, Omran (Omran, 1971) formulated the theory of the “epidemiological transition”, to indicate a long-term change in the trend of diseases and deaths, which leads to a progressive reduction and stabilization in mortality rates through three subsequent phases:

In the last phase, where chronic and degenerative diseases replace infectious diseases as the main cause of mortality, life expectancy increases, but the extra years of life may be lived in poor health.

Most Western countries have long completed the epidemiological transition, and interest has focused in understanding whether the years of life gained correspond to more years spent in good health (compression of morbidity ‒ Fries, 1980) or to years lived with chronic and non-life-threatening conditions (expansion of morbidity ‒ Kramer, 1980, Gruenberg, 1977). No conclusive evidence has emerged: the evidence in favour of one theory over another depends on how health is measured, what period is considered, what populations and geographic settings are assessed.

In a recent study (Jivraj et al., 2020), we examined cohort differences in health among working-age adults in England, born between 1945 and 1980. We intended to empirically test the hypothesis of compression vs expansion of morbidity by exploring differences between younger and older post-war populations based on nine subjective and objective indicators of health. We calculated period (un)healthy life expectancy at age 25 to measure whether expected years of life in poor health increased or decreased between 1993 and 2013.

We looked at data from 135,189 people aged between 25 and 64 who took part in the Health Survey of England (HSE), an annual household survey with a nationally representative sample. Participants were asked whether they had poor health, a long-term illness, and a range of chronic conditions such as cardiovascular disease and diabetes. Nurses also took objective measurements of hypertension, body mass index (BMI) and glycated haemoglobin (clinical diabetes).

Figure 1 shows the predicted probabilities of each unhealthy outcome for three selected birth cohorts (1946, 1958, and 1970), by sex. Cohort differences vary across different health indicators. We observe that at the overlapping ages, self-reported bad health is more prevalent in later-born cohorts, as well as diabetes (both self-reported and objectively measured), circulatory diseases and overweight (measured by BMI). In contrast, other conditions such as hypertension, have declined, especially among men.

When we calculated health expectancy over two decades and matched its changes against changes in life expectancy, we found an overall expansion of poor self-reported health, amounting to as much as half of the gains in life expectancy between 1993 and 2003, and to about a fifth of those between 2003 and 2013.

Figure 2 illustrates the estimated proportion of life expectancy lived with each health indicator in 1993, 2003 and 2013. Some changes are striking, for example a man aged 25 in 2013 was expected to spend 74 per cent of his remaining life with an overweight BMI, up from the already high level of 63 per cent estimated in 1993.

Earlier in the 20th century, a rise in life expectancy went hand in hand with an increase in healthy lifespan – younger generations were living longer, healthier lives. It appears that, for the generations born between 1945 and 1980, this trend has stalled. Those born later can expect to live longer on average, but with more years of ill health.

Our study shows that, for the English population born between 1945 and 1980, the overall trend is towards an increasing proportion of years in poor health, with some health conditions, particularly those related to changes in diabetes prevalence and being overweight, beginning at an earlier age.

These findings have worrying implications for the healthcare system, which is facing increased demand and costs because of population ageing ‒ all problems likely not limited to England alone, but shared by most if not all high-income countries.

The arrival of the COVID-19 pandemic has dramatically amplified the consequences of population ageing and morbidity expansion, and has revealed the vulnerability of a multimorbid older population and the burden on national health systems of this demographic structure.

It is not yet clear what the long-term consequences of the pandemic will be, both for people directly infected, who may continue to experience adverse physical effects, and for others whose life circumstances may change as a result of the pandemic (Crimmins, 2021). This may lead to new phases of the epidemiological transition, which remain to be investigated.

Fries, J. 1980, “Aging, natural death, and the compression of morbidity”, The New England Journal of medicine, .