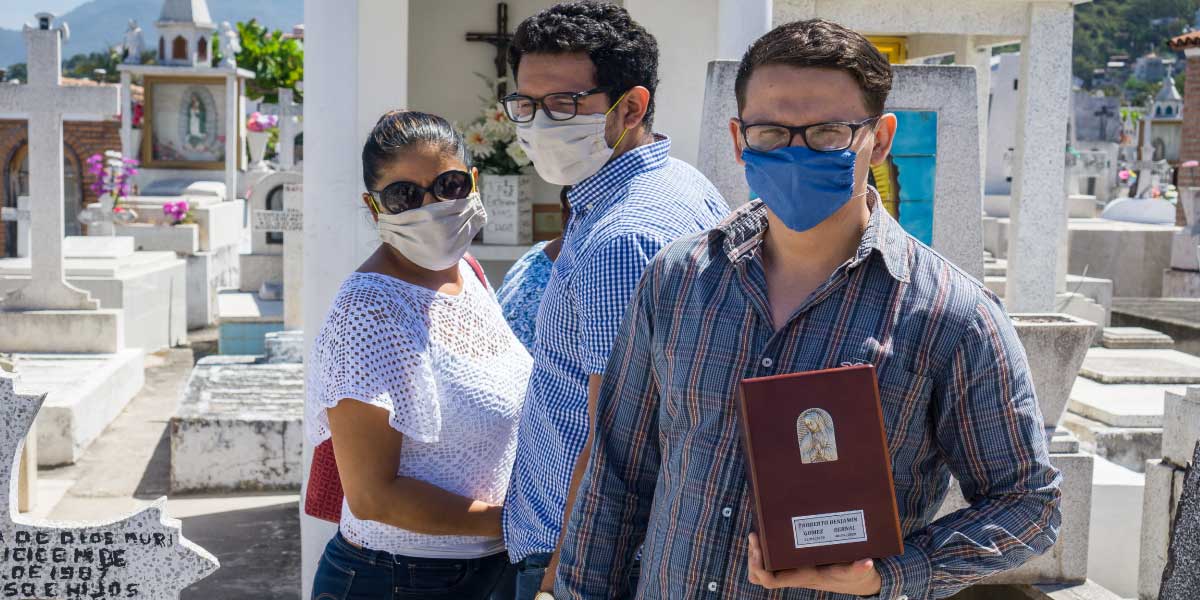 The impact of COVID-19 on period life expectancy (LE) in Mexico in 2020 was strong, much stronger, for instance, than that of the 10-year war on drugs. Víctor M. García-Guerrero and Hiram Beltrán-Sánchez show that men were affected more than women and experienced higher variation in LE losses across states. Northwestern, Central and Southeastern states were most badly hit.

The new coronavirus disease (COVID-19) had a major impact on world mortality in 2020. The spread and impact of the pandemic, as well as governmental responses, were heterogeneous between and within countries. High-income countries, especially in Europe, reacted with early and strict lockdowns, but most low- and middle-income countries could not afford them – or believed they could not – due to their weaker labor markets. As the virus spread to the Americas, where health care systems are more fragmented and inequalities higher, young adults unexpectedly turned out to be a vulnerable group, in part because of multimorbidity and widespread chronic-degenerative diseases which, in turn, are a corollary of malnutrition and obesity, particularly in Mexico (Beltrán-Sánchez & Crimmins, 2013).

By the end of 2020, Mexico, together with the United States and Brazil, was among the countries with the highest cumulative number of cases and deaths (SS-SPPS, 2020), and this despite limited testing and likely severe underestimation.

The Mexican case, by sex, age and state

The COVID-generated loss did not occur homogenously across the country: worst hit were the states in the Northwest, Central and Southeast regions, particularly in the Yucatán Peninsula (Figure 1). Between Mexico City and Chiapas, the most and least affected states, the differential in male loss of LE0 was about five years. For females, the gap between the most affected state (Baja California) and least affected one (Chiapas) was smaller, at about 3.5 years.

COVID-19 also increased the age-specific probability of dying (qx) during 2020. Figure 2 highlights Mexico City (red) and Chiapas (blue), the states with the highest and lowest  COVID-19 death toll. The bottom panel of Figure 2 shows that prior to the pandemic, the qx in Chiapas were higher than those in Mexico City at all ages for both males and females, which is not surprising, given that Chiapas is one of the country’s poorest states whereas Mexico City is among the most affluent. At the height of the pandemic, all death risks increased, and those of these two states crossed precisely at the ages most affected by the disease (top panel of Figure 2). In 2020, mortality in Mexico City was higher than in Chiapas after age 40 for females, and after age 30 for males.

The loss of life expectancy in context

Mexico, as most other countries in the world, struggled with developing and implementing adequate public health measures early in the pandemic, and the Mexican government appears to have been slow to respond. An earlier and more organized government effort, focusing on containment and mitigation measures, might have lessened the overall burden of the disease, particularly in the regions characterized by high mobility and high population density such as Mexico City, Baja California and Quintana Roo.

Strong as they may appear, our estimates of the mortality effects of the pandemic are likely to be conservative and may represent as little as half its real impact, as shown in the case of Mexico City when COVID-19 death undercounts are duly considered (García-Guerrero, V.M. & Beltrán-Sánchez, H., 2021).

Continual monitoring of the situation has become a necessity: among other things, it will help state governments quantify the effect of current and new public health measures as the pandemic rages on.