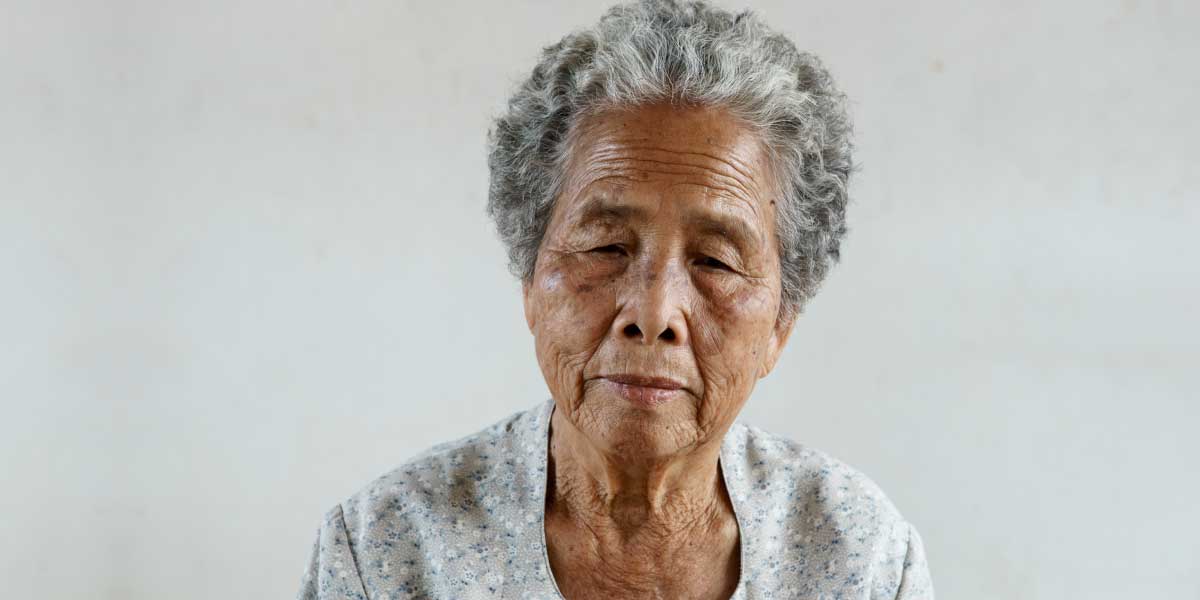 Declining fertility and increasing migration are contributing to growing shares of older Thais who will age with few children, or none at all, or whose children live far away.
Quashie and Pothisiri show that childless older adults and non-coresident parents experience more psychological distress than coresident parents and that this pattern is exacerbated by widowhood.

The value of children to older Thais

Children are highly valued in Thailand. Having children is considered a marker of adulthood and, for married couples, children fulfill the ideal of a complete family (Whittaker, 2004). Research has shown that older Thais, and especially women, not only rely on children for income, health and other social support, but they also prefer to live with or near their children (Knodel, Prachuabmoh & Chayovan, 2013). Older Thais, however, are increasingly living longer with fewer children overall, who, on top of that, frequently live far away.

Furthermore, due to increasing internal migration, the share and number of older adults living separately from their children is also increasing. Recent assessments of intergenerational living arrangements show that between 1995 and 2011, the percentage of children living outside their parents’ province increased from 28% to 39% (Knodel, 2014). Such geographic separation can have possible negative consequences on the psychological wellbeing of older adults even if their migrant children support them economically and maintain social contacts (Teerawichitchainan, Pothisiri, & Long, 2015).

Although Thais may prepare for longer lives without the availability of support from children, it is still uncertain whether childless older adults are more vulnerable to poor psychological well-being relative to older adults who are parents.

While childless older Thais may rely on friends as a substitute source of support in the absence of children, research suggests that family support is more important than friends’ support for later life wellbeing in Thailand (Thanakwang, Ingersoll-Dayton, & Soonthorndhada, 2012). Although parents who live separately from their adult children may continue to have positive relationships with their children, these parents are currently in a non-traditional living arrangement that they may not have expected over their life course. This may contribute to lower psychological wellbeing compared to parents who live with their children.

In a recent publication, using data from the 2011 Survey of Older Persons in Thailand, we examined whether childless older adults were more likely to experience psychological distress compared to parents (Quashie & Pothisiri 2018). In our study, childless refers to those without any living children (i.e., biological, adopted or stepchildren) at the time of the survey and, we distinguished parents based on their living arrangements with their children: coresident (living with or near their children) and non-coresident (living separately). Given that marriage is near universal, the majority of never-married are childless, and the reasons for lifelong singlehood can strongly influence childlessness and psychological distress, we excluded never-married older Thais (5.4%). Our sample is thus restricted to ever-married older adults aged 50 years and over who completed the survey independently. Psychological distress was derived from self-reported experience of feelings such as loss of appetite, worry, distress/moodiness/irritability, hopelessness, feeling that life is not worth living, sadness, and loneliness, in the month prior to the survey.

The psychological well–being of parents and childless older Thais

As shown in Figure 1, the results of our regression models showed that, all other things being equal, childless older adults and non-coresident parents experience more symptoms of psychological distress than coresident parents.

We also examined whether the gender and marital status of parents moderated the relationship between parental status and psychological distress. We did not find statistically significant gender differences in the relationship between parental status and the psychological distress of older Thais. This challenges assumptions of traditional gender norms, which assume that children may be more critical to the well-being of women, relative to men, given women’s greater involvement in domestic life over the life course and their greater reliance on their children for social support.

In Figure 2, we show that the association between parenthood and psychological wellbeing is compounded by marital status for ever-married older Thais. Being widowed and childless as well as a widowed and non-coresident parent is associated with experiencing more symptoms of psychological distress compared to married older adults.

Although we do not know the duration of widowhood nor the precise reasons for childlessness or geographic separation, the strength of the moderating effect suggests that the absence of spouse and children increases the risks of psychological distress of older Thais, particularly for the childless.

Thailand is ageing rapidly. In 2015 older adults (aged 50 years and over) represented 30% of the total population and will account for approximately 42% by 2030 (UN, 2017). Thailand’s social welfare policies place most responsibility for the wellbeing of older adults upon individuals and families. Demographic changes suggest a need to strengthen current formal social welfare systems for older adults, regardless of the availability of kin.

Income security is one of the most critical challenges for older Thais. In 2011 the government established a National Pension Fund Scheme to encourage financial retirement planning among the working-age population, particularly informal workers, whereby the government will match individuals’ contributions to a saving scheme. Still, there is an assumption that family members will supplement the retirement income (Sasat & Bowers, 2013). Those with few or no familial resources may be more vulnerable to financial strain in later life. Our study shows that childless older Thais are more likely than parents to report economic insecurity.

There needs to be greater investment in long-term care facilities, home care programs, mental health services and training to meet the increasing demands of an ageing population. These services will be vital to the quality of life and overall wellbeing of older Thais, particularly those with few kin-based sources of support.