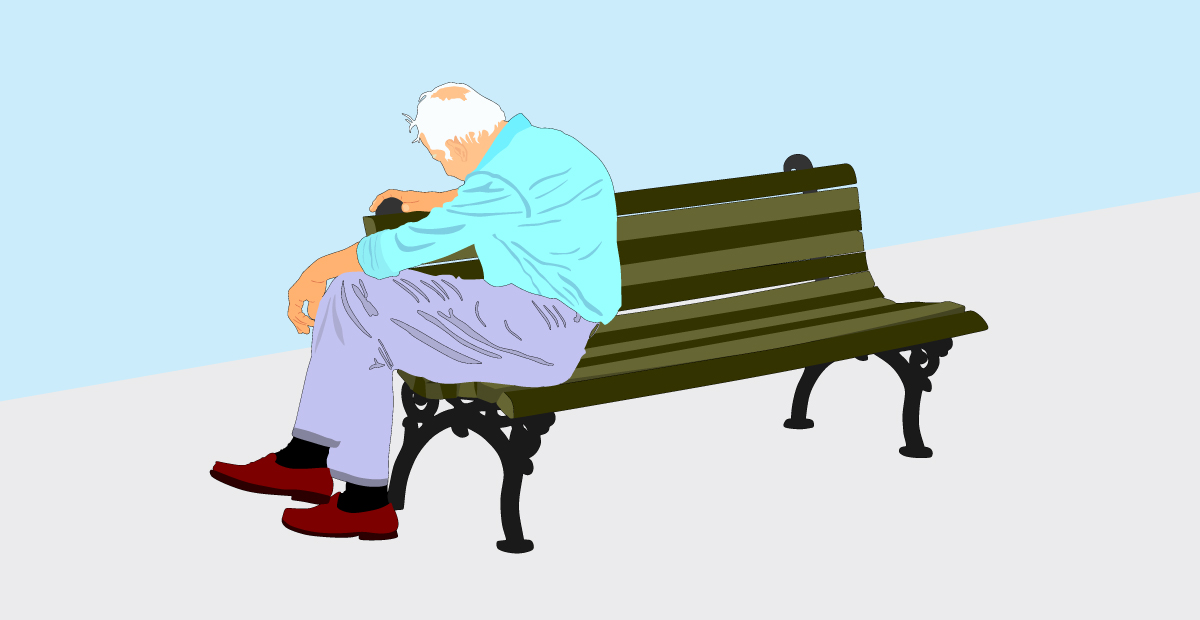 As America’s population ages, the number of Americans with dementia is increasing. Because people with dementia often need help with activities of daily living, the cost of caring for a person with dementia for one year is about $28,500 on average (Hurd et al. 2013).
For elders who have spent down their savings, Medicaid covers the costs of long-term care needed by many people with dementia. Given the aging population, long-term care is likely to contribute to increased spending in Medicaid (Keehan 2017). What fraction of adults will develop dementia in their lifetimes? Another way of asking the same question is, what is the probability that an average dementia-free person of a given age will develop dementia in his/her lifetime? I explored this question in a recent paper (Fishman 2017). The answer depends on both death rates and rates of developing dementia.

The probability of developing dementia

Of course, death rates also increase rapidly with age, so many people will die before they develop dementia. At the same time, death rates at any given age are lower than in the past. Table 2 (top) combines these facts to show that among males born in 1920, about 27% of dementia-free 70-year-olds developed dementia in their remaining lifetimes, and this percentage goes down only slightly with age. For males born in 1940, a larger proportion are expected to develop dementia in their lifetimes, because a larger fraction will survive to very old ages.

Table 2 (bottom) shows that the same is true for females. Because females tend to live longer than males, at any given age the proportion of females expected to develop dementia in their lifetime is higher than the proportion for males. This is true even though the incidence rates shown in Table 1 apply to both males and females. About 35% of 70-year-old females born in 1920 developed dementia, compared to 37% for 70-year-old females born in 1940.
It is imperative to note that as mortality has declined across generations, the proportion of people who will develop dementia in their lifetimes has increased; this has important implications for society.

Savings are low for many American households: in 2016, about 20% of Americans aged 45 and older lacked any retirement savings (Board of Governors of the Federal Reserve 2017). Given the increase across generations in the proportion of adults who develop dementia before death, Medicaid might expect to see increases in enrollment in the coming decades.
Although Medicaid could play an increasing role, family members provide most of the care needed by persons with dementia (Hurd et al. 2013). People who care for relatives with dementia face greater health risks than contemporaries who care for family members without dementia, and these health risks persist even after the relatives have died (Dassel and Carr 2016; Fisher et al. 2011).

One important implication of our study results is that elderly persons do not “age out” of the risk of developing dementia. Yet, as individuals age, they are decreasingly likely to have surviving spouses who are able to care for them. This means that adult children, especially daughters (Fisher et al. 2011; Kasper et al. 2015), increasingly shoulder dementia caregiving responsibilities for long durations, with potential negative consequences for their own mental health (Fisher et al. 2011) and labor force participation (Hurd et al. 2013).

Table 3 shows that if a medical, behavioral, or environmental intervention were developed that delays dementia onset by 5 years and reaches 90% of the older-age population, the probability of developing dementia would drop a great deal. Comparing males and females born in 1920 (Table 2) to Table 3 below, such an intervention would reduce the lifetime risk of developing dementia by about 25% (7 to 8 percentage points). Given the high economic and personal cost of dementia caregiving, such a reduction would represent a substantial social gain.

Recent evidence has shown that dementia incidence declined from the 1970s to the 2000s among subjects in a multi-generational public-health study in Massachusetts (Satizabal et al. 2016). And recent research suggests this decline in dementia incidence might have occurred nationally as well. Nobody knows exactly why: “increasing educational attainment and better control of cardiovascular risk factors may have contributed to the improvement, but the full set of social, behavioral, and medical factors contributing to the improvement is still uncertain” (Langa et al. 2017). Those trends, as well as a large recent increase in funding for research on dementia and Alzheimer’s disease (NIH 2017), are reasons for considerable optimism.

Board of Governors of the Federal Reserve System. (2017). Report on the Economic Well-Being of U.S. Households in 2016. www.federalreserve.gov/publications/default.htm, accessed October 26, 2017.